Why Are Polish People So Miserable?

But during my almost 10 years living in Poland, I HAVE found the people to be generally miserable for the most part.

Especially when I first came to Poland, I wondered why people in all Polish cities were generally grumpy to be alive.

And frankly, it confused me, but it also pissed me off.

How can someone, whose job it is to interact with people and sell a product, be so god damned miserable?

Whether passing them on the street, buying a hot dog from Zabka or buying a suit, any time I interacted with someone, it felt like existing was simply a burden from them.

I don’t remember when exactly, but it took me a few years to meet people, as well as getting close with work colleagues and friends to understand that they look miserable but they’re not.

Don’t get me wrong, there’s a massive difference between the way people look or behave compared to the way they feel. There are of course many Polish characteristics that are just as frustrating as they are endearing.

Here’s why, to the best of my knowledge, people generally always look so miserable: 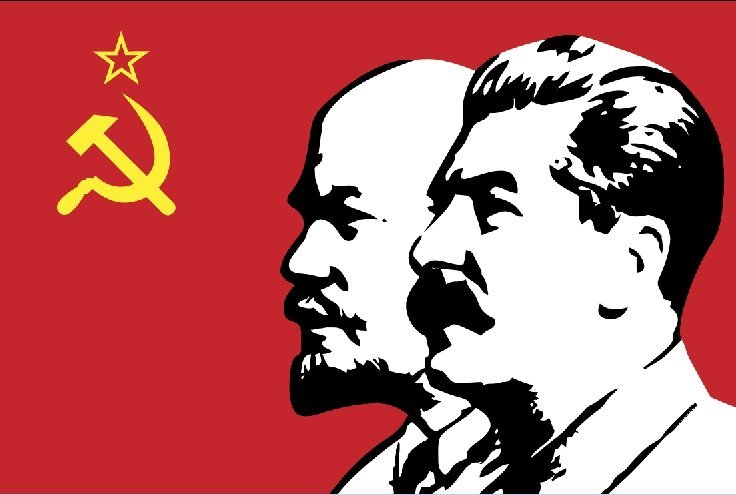 Why are the Polish so miserable?

In the shortest but most accurate way possible, Poles are generally miserable because of communism and the fact the country still suffers from a hangover.

If you don’t already know, socialism is a miserable experience for any and all involved, and Poland back during socialist times was not a fun place to be alive. 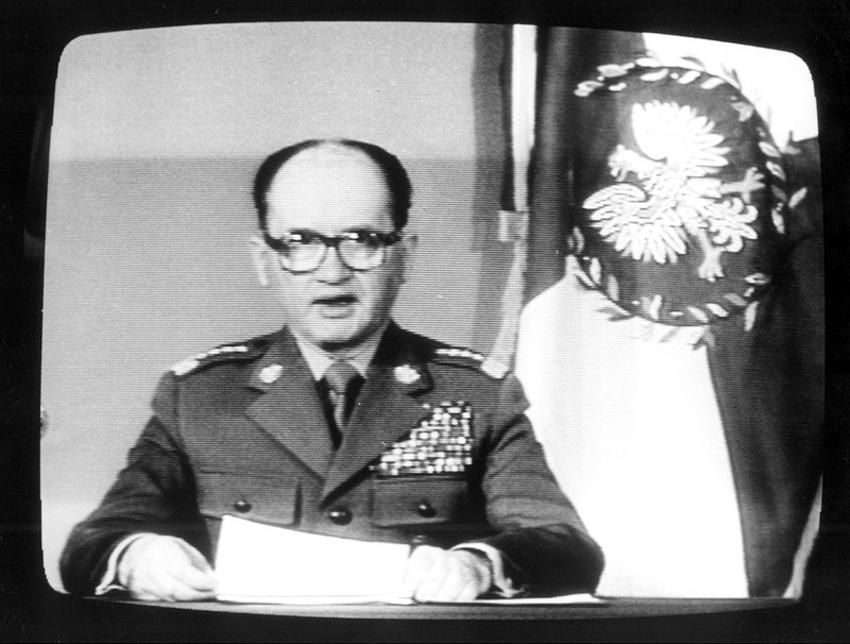 Lining up for a limited amount of food only to find out that it’s missing, working and not getting paid, and limited access to poor state-run services – it all created a culture of scepticism, mistrust and paranoia.

People in socialist satellite countries like Poland were used by the Soviet master race and local puppet governments as examples of how good socialism was, despite living in general squalor.

One of my favourite Polish facts is the tradition of keeping a fish in the bathtub in the lead-up to Christmas stems from the fact that food was so scarce. 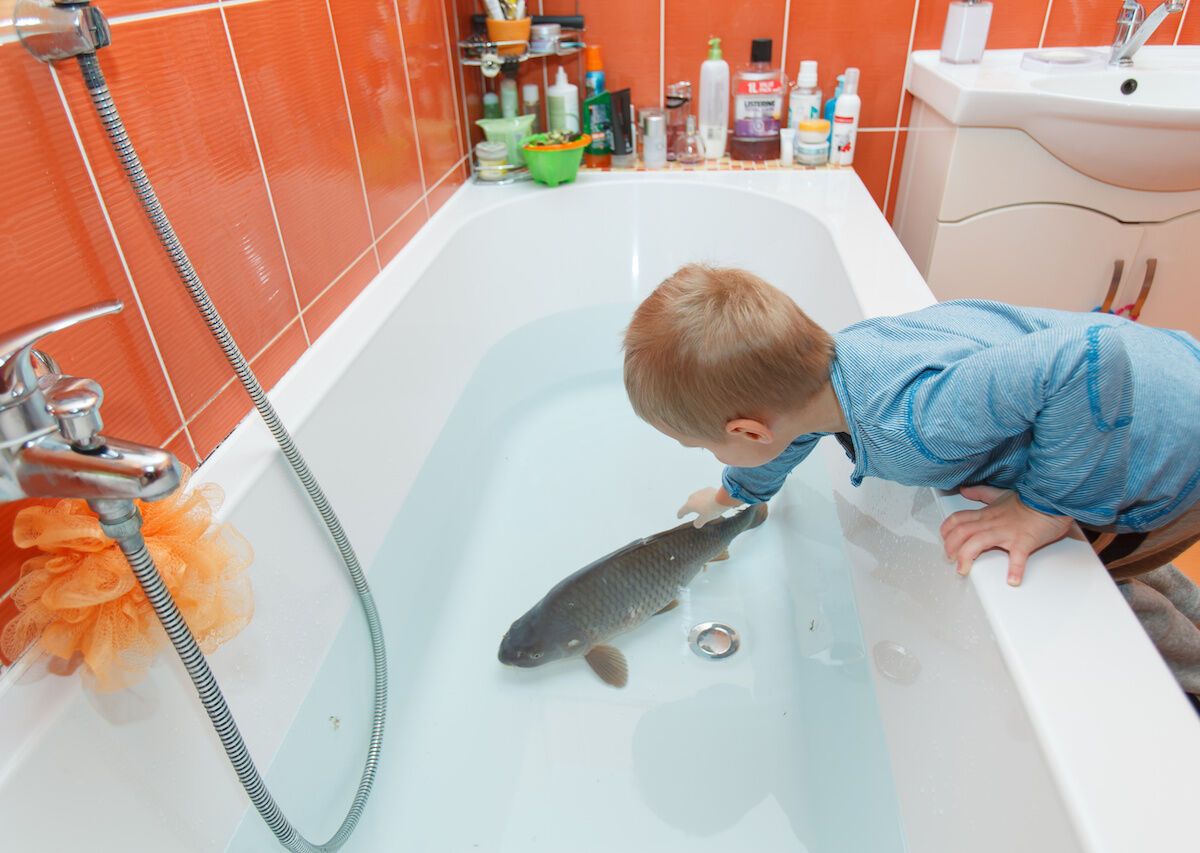 Of course, Poland was one of the first countries to return to capitalist democracy, but the attitude remained.

I never lived through socialism. But many Poles tell me that the attitudes needed to survive in a socialist paradise are still alive and well now.

When Poland became a free country, cities like Poznan, Szczecin and Wrocław that were close to the border suffered a drop in population as many citizens opted to go to Germany and just about any other country in the world to make a better life with their new found freedom.

This laid the foundation for a Polish mentality of there always being a better country than Poland to live in.

It’s easy to see how those who lost friends due to them moving abroad may have gathered a new resentment for being stuck in Poland.

However, those aforementioned attitudes needed to survive in communist Poland remained when the country was opened up to the world. People were still not trusting, jobs weren’t well paid so money was scarce and people remained frugal. The new government, while having a lot of support from voters, was still an enemy looking to take more tax from the income earner.

Keep in mind that the transition from socialism to democracy happened between 1989 and 1991. 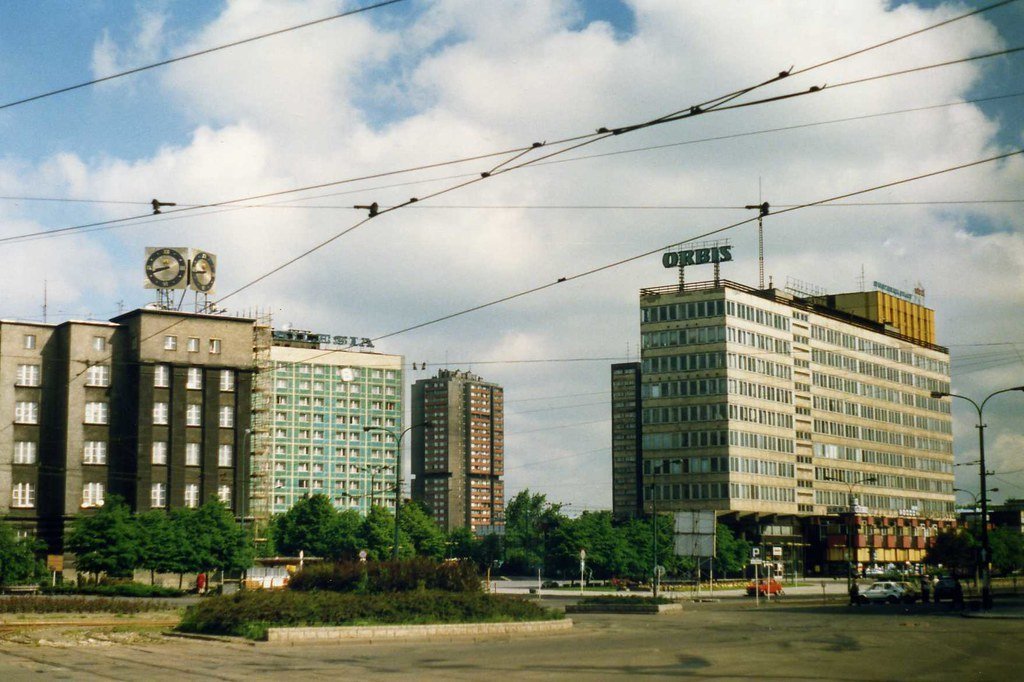 It’s now 2022, and those attitudes have now been passed down a generation and are being instilled into the next generation.

Because we’re all products of those that bought us up and the environment in which we grew up.

Parents that were raised in a socialist regime will bring their children up similarly to how they were brought up, regardless of the politics of the day.

A very general statement, and it’s important to note that not all parents raise kids the same way they were raised. Some do a subjectively better job. Others, a significantly worse job – this is true in all countries. However, due to Polish culture’s emphasis on the importance of family, I’ve notice that over-parenting to be a real thing, which only exacerbates the problem.

As a result, those family elements in which the parents were brought up in (the elements rooted in a culture of socialism) are prevalent in younger parents who have only ever known a free, peaceful, democratic and prosperous Poland.

This is why, despite having a roaring economy, strong local currency, access to the EU and one of the strongest passports in the world, Poles look miserable. 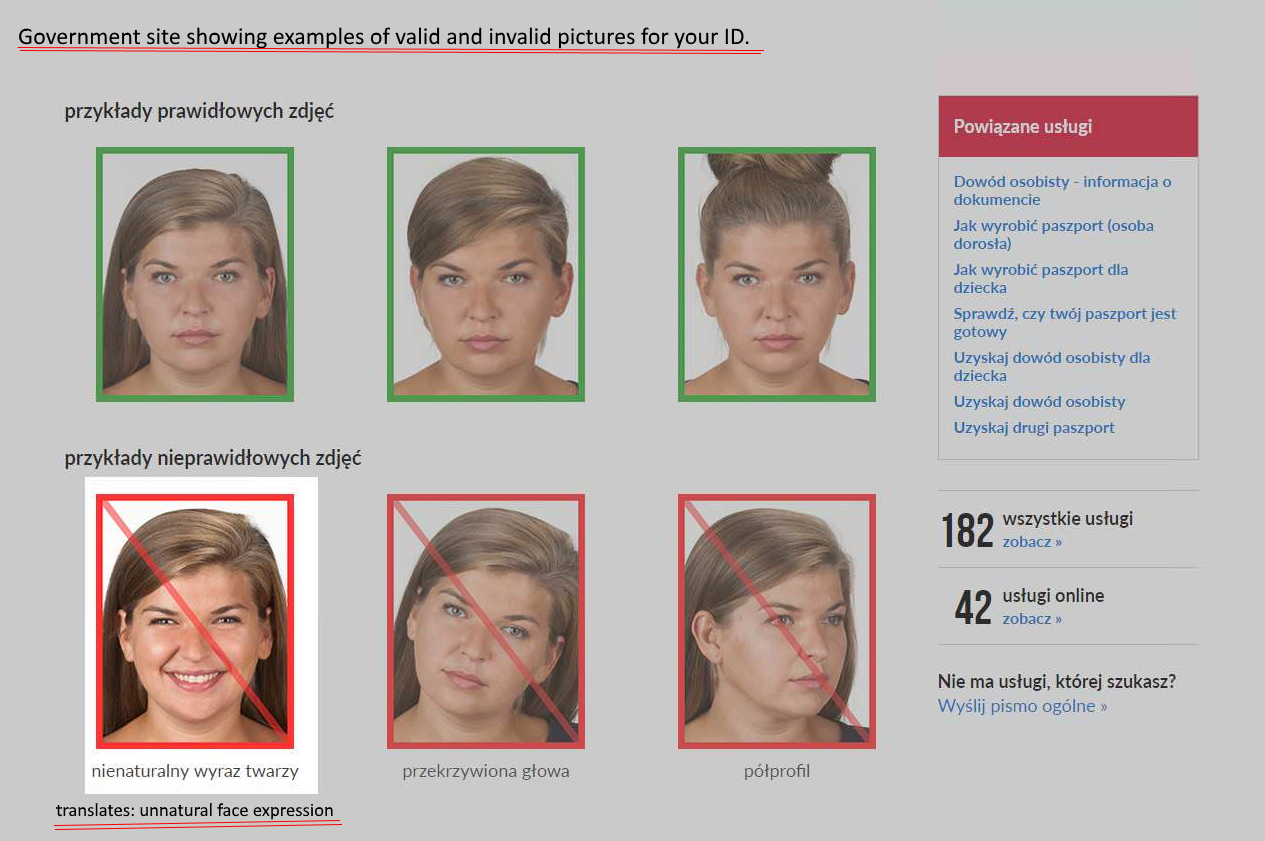 They’re often raised as gossiping, untrusting paranoid socialists in a country with one of the best qualities of life in the EU.

They were bought up by parents who distrusted the state, their neighbours and everyone around them. One only got ahead by working hard with little time for fun, but always having time for the family – unfortunately, a lot of those families are built around parents who only started a family due to social pressures.

This is why we see things like the Polish birth rate dropping. Dirty western values like putting your career above starting a family are a threat to ‘good Polish traditions’. The truth is that many Polish people don’t want a family – I see this evidently in the Polish capital, Warsaw, where many colleagues, male and female, who are in their late 30s simple don’t want kids. 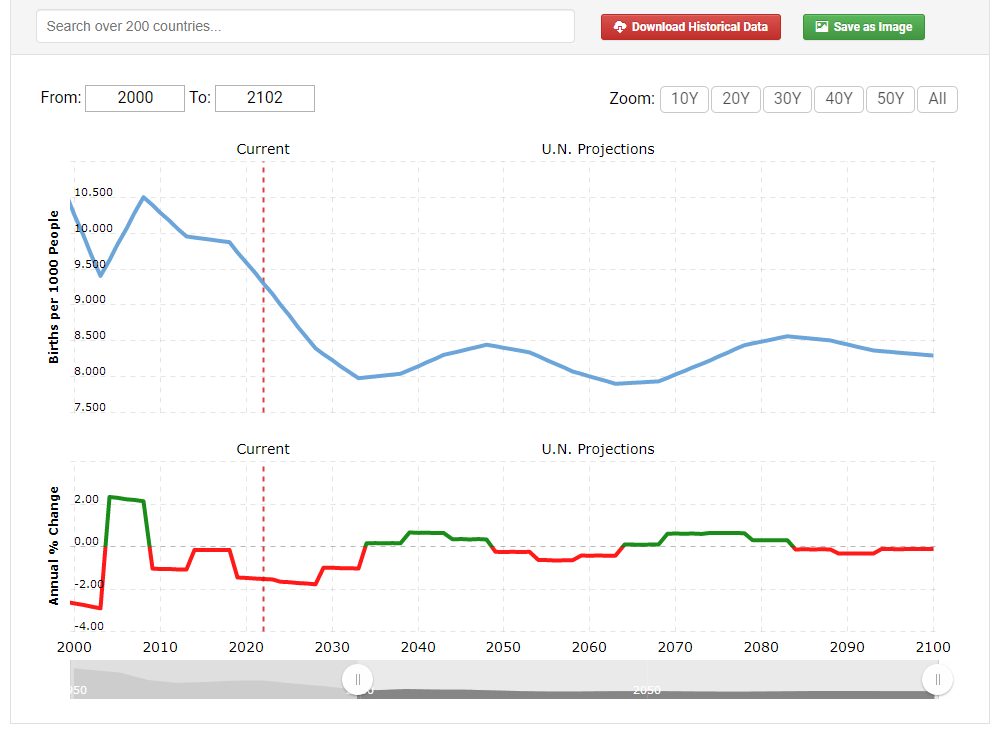 Granted, that’s owing to the fact that the average millennial or Gen Z in any established country now needs to manage several different incomes just to make ends meet, but more money can be made and saved if it’s not spent raising a child – an attitude that’s being reflected in data.

So why do Polish people complain so much?

Why does an entire nation complain about everything at every chance it gets?

It’s a good question. Again, the answer lies with our good friend: 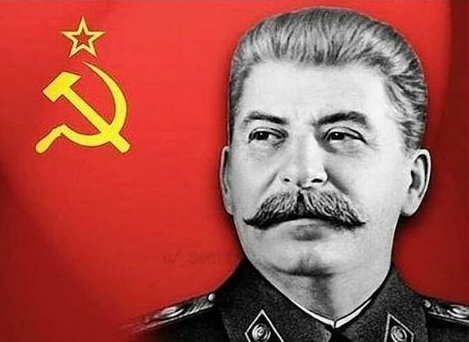 People have different definitions of complaining here. Something like ‘that’s a bit expensive’ isn’t always considered complaining, more of a statement to the average Pole. To outsiders who hear fleeting comments like this about the cost of things, the quality of life, other people, the Polish government, it’s easy to understand why many foreigners get the impression that people in Poland complain a lot.

Perhaps it’s ‘safer’ or more accurate to say that Poles have an opinion about a lot of things, and aren’t afraid to say it.

That’s expensive. She’s too slow. He’s too nosey. They want too much. This isn’t good enough.

But are these phrases that you’ll only ever hear in Poland? Obviously not. Such phrases are said here regularly, again because of the communist hangover:

“Everyone is trying to take advantage of me, so I must be defensive at all costs”

Simply put, by the standards of other countries and places in Europe, Poles do complain a lot.

It may be due to being raised in a culture that was never about excess or possessions.

It may be due to living in a country that’s slowly gotten so progressively good that many have failed to see the advantages.

In other words, Poland and Polish people have it good, but the traits of the generation before them have somewhat prevented them from seeing it.

When talking about nearly anything with a Pole, you may hear them form an argument around the phrase ‘well what about…’. Usually, the next word in this sentence is in reference to a minority that the person speaking it doesn’t belong to.

Well, what about Germany?

Well, what about PiS

Well, what about Donald Tusk?

Well, what about the Jews?

Well, what about the EU? 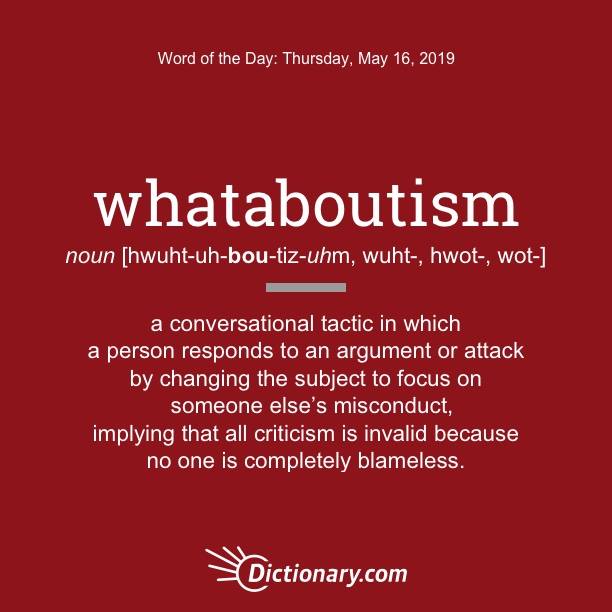 The point is that Polish people are very quick to turn the focus of an argument away from the minority that they are a part of and focus it on another minority that’s generally irrelevant to the conversation at hand.

Now, one can easily jump to conclusions and say it’s because of an inferiority complex and say that after being brought up in the shadows of Western Europe, the underlying belief that the grass is always greener on the other side and that they’re missing out on something means that Poles are quick to resort to finger-pointing.

And I believe there’s a grain of truth to that. Poles are very quick to look at other countries, regions, groups, minorities or demographics and compare their situation to theirs – and I also believe that this is a very unfair thing for them to do themselves, and it happens because Poles don’t see how good they actually have it in their country.

Poles aren’t miserable people. They just look like they are.

It comes from being brought up in a culture where you’re led to believe that everything good is happening somewhere else, and that you’re not a part of it.

Poles complain a lot by the standards of foreigners.

This is because there’s a constant feedback loop of feeling like you’re going to be taken advantage of, so your guard is always up.

Poland, its culture and people are beautiful. It’s truly a great place to live. However, it’s easy to see that Polish attitudes vary a little compared to other parts of the world. Hopefully, this short read has explained the ‘why’ of those attitudes.