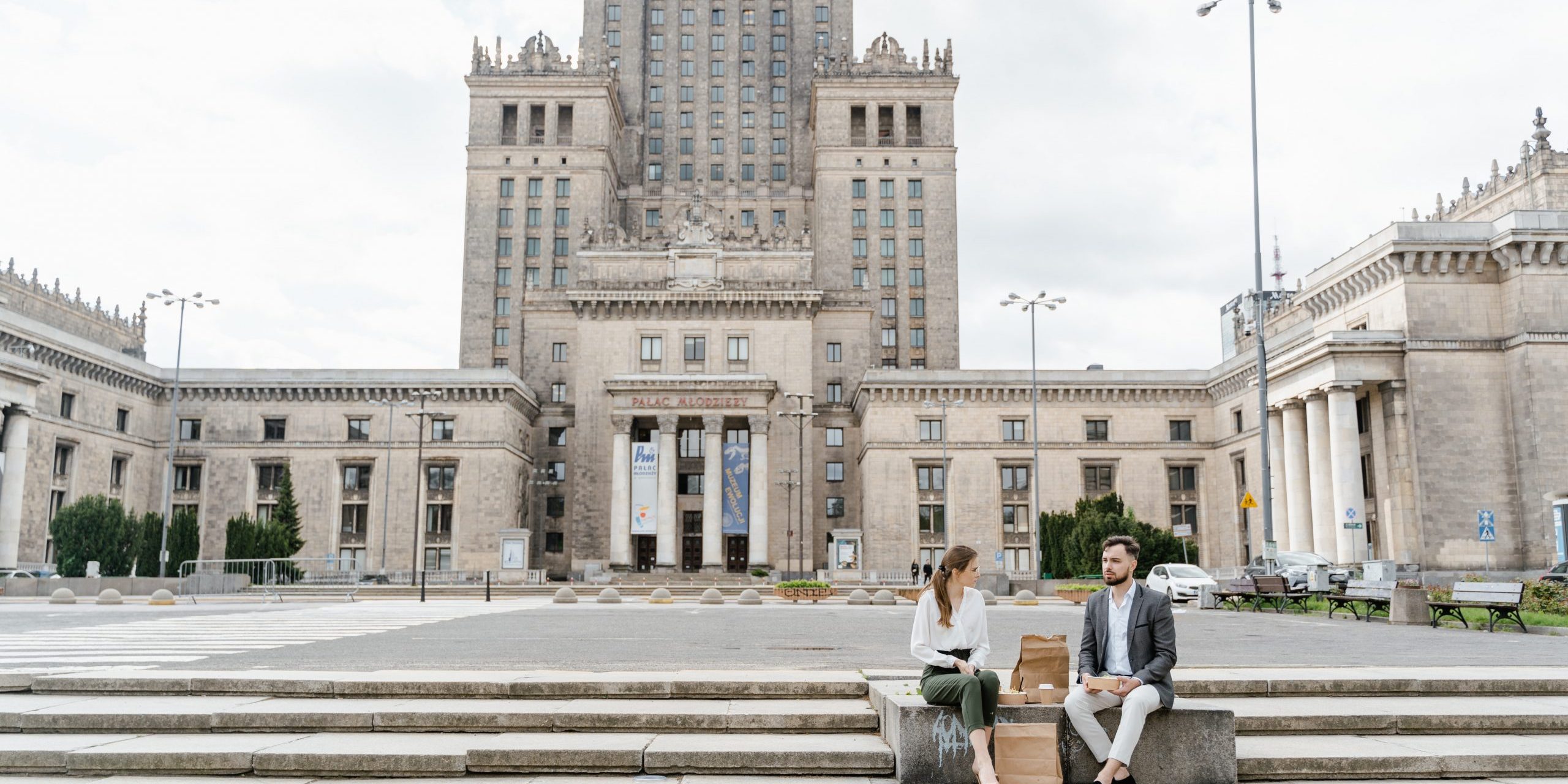 In a 1543 dialogue titled ‘A short dissertation between three people, a Lord, a Mayor and a Priest‘ (Krótka rozprawa między trzema osobami, Panem, Wójtem a Plebanem), Poland is a country in which nobody fulfils their duties properly. Doing the bare minimum to get by is the norm, and shortcuts get shorter.

I feel it’s also a great way to set the tone for this article that looks at Polish people’s characteristics.

Poles love the dark satirical nature that comes from laughing at themselves. If you can’t say “Przemesław”, ask someone with that name how to pronounce it properly and they’ll laugh at their own name.

But they can also be the most stubborn, arrogant, untrusting and insensitive people on the planet.

And if you’re a Pole and you just read that last sentence, you’re probably a bit shocked or maybe even offended – another characteristic that this article will touch on.

But it’s almost impossible to clearly define the typical characteristics of people from any country.

Polish people are no different. In fact, they’re probably one of the hardest.

But let’s give it a go anyway!

Quite often, Poles are quick to make fun of themselves.

‘A Pole is usually a thief and a drunkard, but also very often a hard-working person,” they’ll jokingly say about themself and their fellow compatriates.

But anyone that isn’t a Pole dares not make that accusation!

As one of those foreigners though, I think there’s a grain or so of truth in the aforementioned stereotype, but not in a negative way. 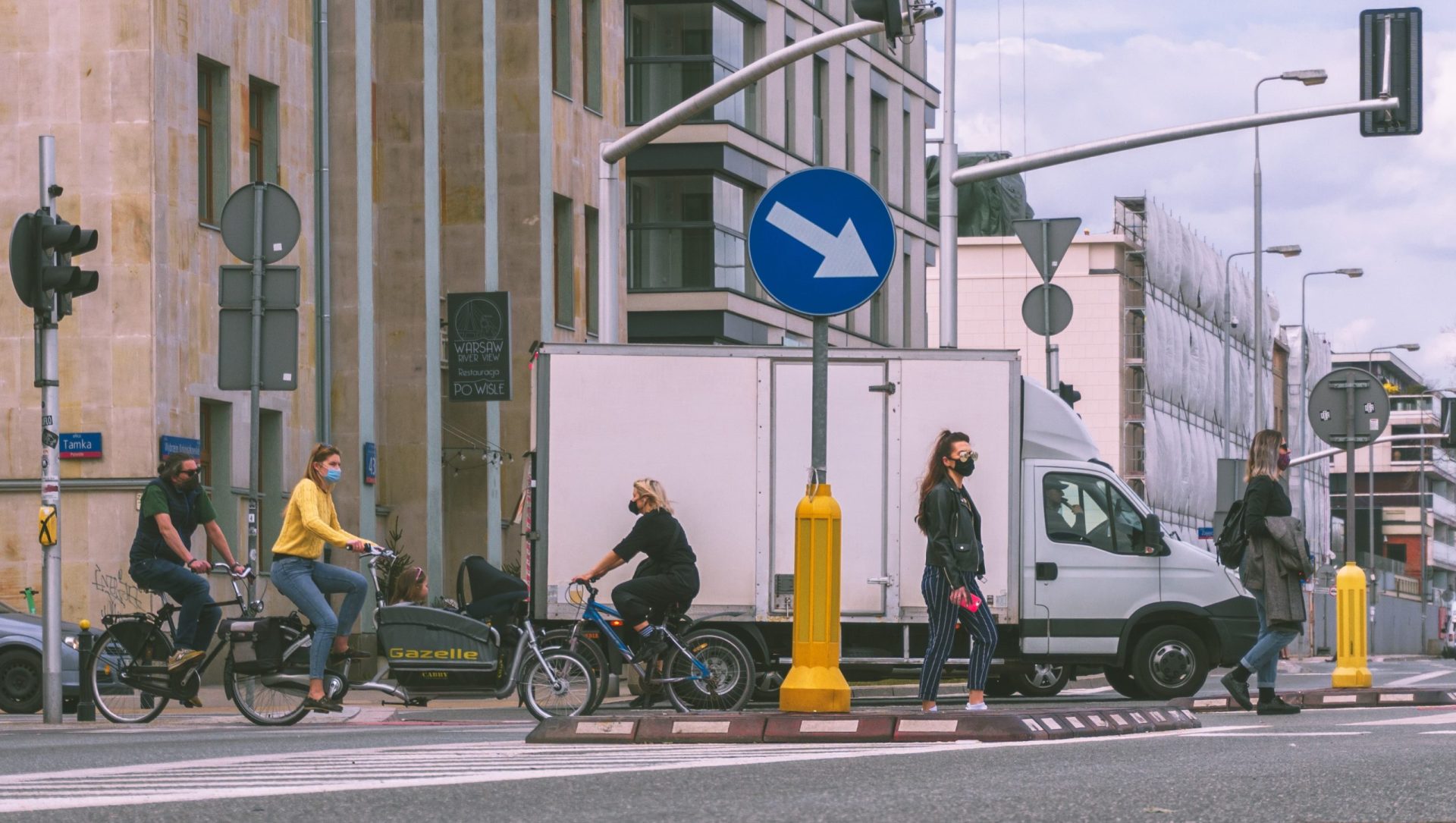 But ‘the thief’ shouldn’t be our go-to image of the typical Pole. They’re humorous generalizations at best, and clearly don’t define every Polish person.

In my time living in Poland, I’ve learned a lot about the ‘typical’ Pole.

Here, I’ll do my best to describe that person.

I will not lie, some of this will be hard reading for you, and you may also be offended. But I’d like to take this moment to tell you that this is not my goal.

I hope that you read this understanding that what I’m about to say is sincere and honest, with no spite or hatred in it. I won’t shy away from the negative characteristics I see prevalent in many Poles, as it’s the ‘bad things’ that make us all who we are, as much as the good things.

A Pole is a person who lives at the so-called average level (in terms of wealth), with material values being a little more important to them than you might initially anticipate. The ‘better’ their level of wealth, the more material objects mean to them. This isn’t that material objects are the only thing that matters, but rather the more disposable income one has, the more they want to spend it on ‘things’.

There’s entire days dedicated to eating in excess in the name of tradition. A harmless custom.

Poles feel that the ultimate aim in life is to establish a family. And it’s this family that they are willing and ready to make the greatest sacrifices, with some even changing their definition of ‘family’ just to sacrifice themselves in the name of family. 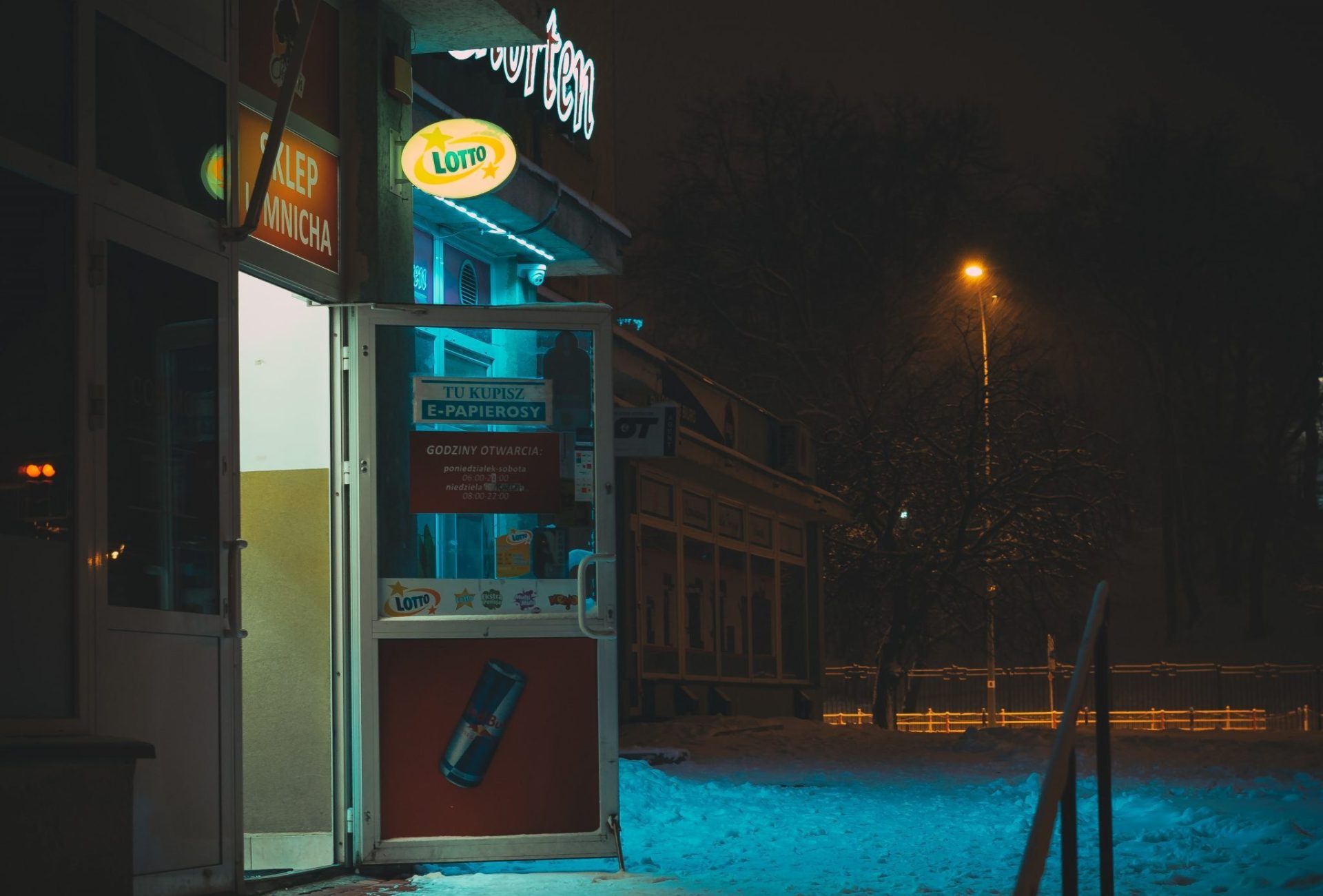 In the modern world, most Poles are very well educated, often with qualifications and experience in several different fields and always willing to take on more.

They do so because then it is better for them to find a satisfying and well-paid job that will allow them to provide for their entire family and amass more wealth in order to have ‘more’.

Unfortunately, finding such a job isn’t always easy, which leads to many younger and educated people quickly developing more of an attachment to material things.

A Pole is confident of his or her own value, skills and abilities. Quite often, too confident.

Confidence is great, it’s very empowering, but Poles are often blind to the very fine line between confidence and one of the biggest human vices – pride. 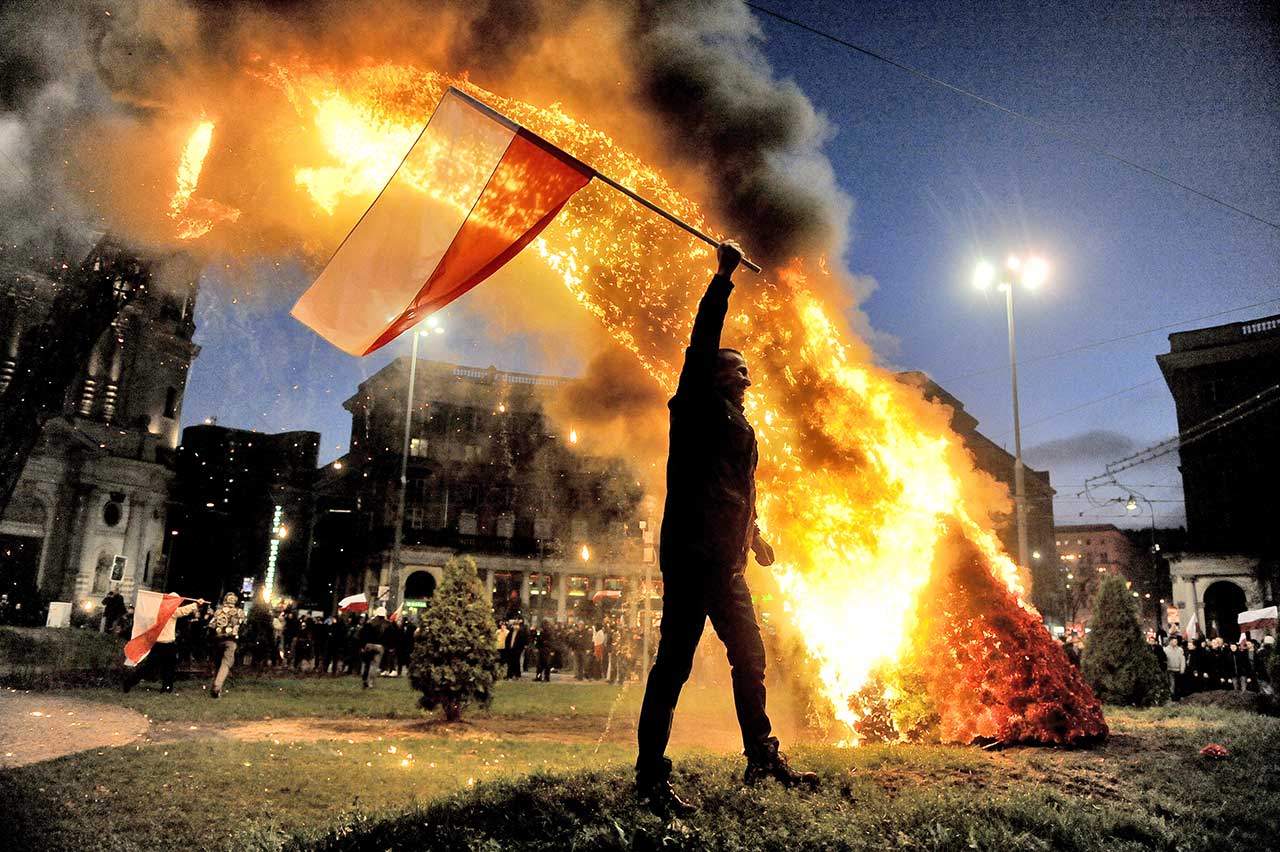 A Pole could also be described as a great patriot – the good of the homeland, its flag and all Polish symbols is for them a very important value in life.

That is why conversations among Poles usually focus on matters concerning the politics of our country. It’s unfortunate that most conversations about Polish Politics, regardless of a participant’s views, quickly turn minor disagreements into personal vendettas.

It is also why conversations with Poles who have spent a long time away from their homeland are some of the worst and most informed conversations I’ve ever had!

This section will be tough for some readers.

It can’t be ignored that many Poles turn to alcohol – mainly vodka or beer -as a coping mechanism or a temporary escape from long-term problems.

While it’s inarguable that Poles love their family, it’s easy to see how even the best family system can be tested and torn apart by alcohol as a coping mechanism, especially when that individual uses alcohol as a temporary fix instead of fixing the problem at its source.

This problem is only exacerbated in men, especially those who haven’t had the chance of a good education.

A man doesn’t speak about his feelings. He gets back to work and then drinks until those problems solve themselves.

The poverty line comes screaming closer, quicker for such families. 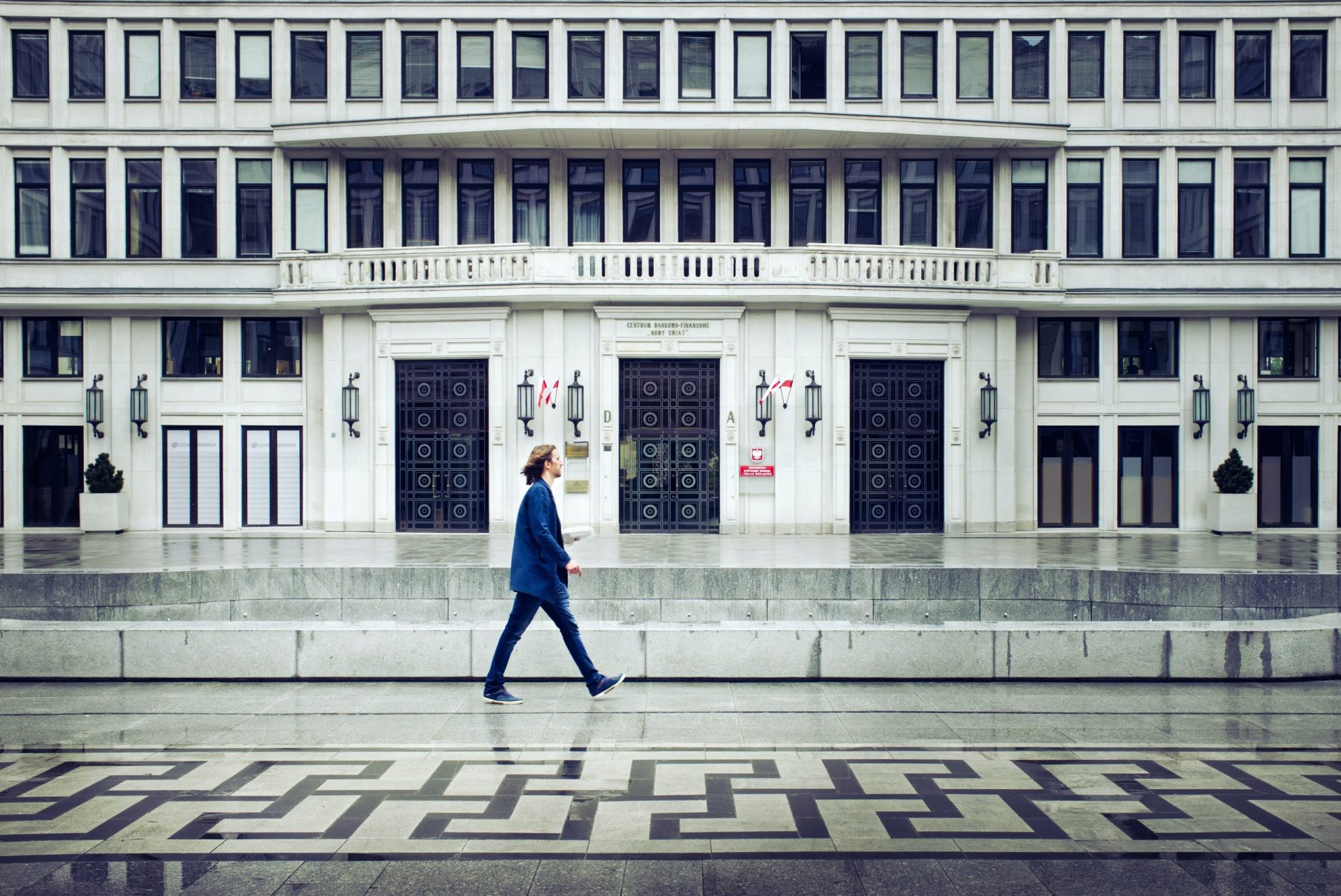 They appreciate the value of money and have respect for it.

However, we must not overlook the fact that many Poles quickly get hooked on earning money and amassing wealth. 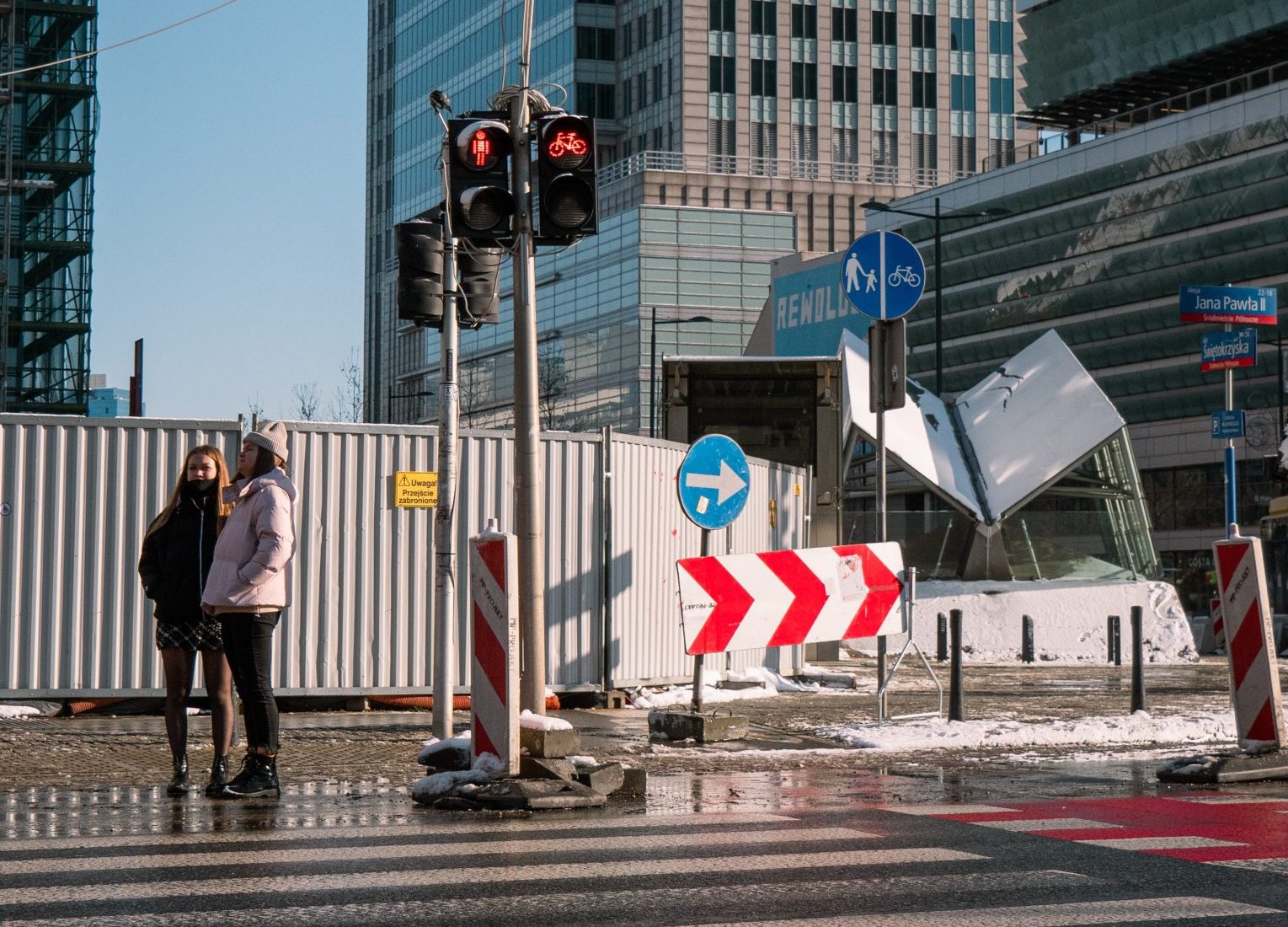 In time, this evolves into finding new ways around the rules to earn more while ensuring the government gets as little of it as possible.

Many Poles are intelligent and curious. They like travelling and having contact with other people from different parts of the world. They value friendship very much in their lives, which is why they care about the people closest to them. 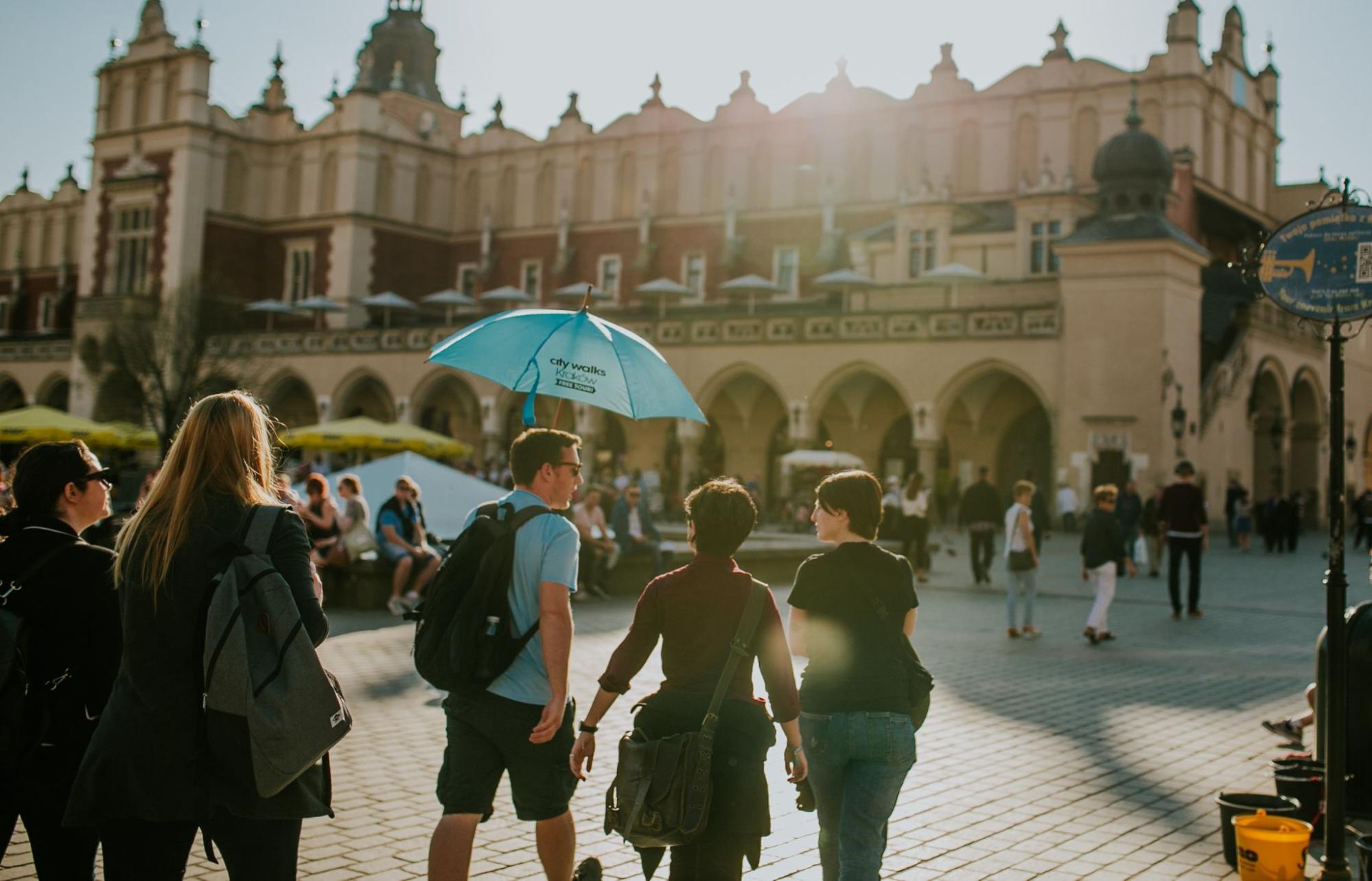 Poles know how to create a very good, positive atmosphere in a social situation. They are hospitable people who value sincerity. But that hospitability is always accompanied by alcohol, for without it, the average Pole cannot have fun and celebrate. Attending a Polish wedding and not drinking is almost insulting!

Just ask a Polish woman how free and independent her government makes her feel.

That aside, in genuinely difficult moments, they are able to show solidarity and are capable of making the greatest sacrifices and putting politics and social norms aside.

You may be thinking about WW2 here as an example, but I would instead like to bring your attention to the solidarity that Poles showed in helping their Ukrainian neighbours during Russia’s ongoing invasion.

I believe my impulsive, yet honest attempt to characterise Poles is accurate. However, I need to emphasize that this is a description of an ‘average’ Pole. There’s a big difference in the lives of Anna the Sales Director in Warsaw and Paweł the truck driver from Sosnowiec or some other small city.

Each person on the planet is different. Every Pole is different, but there are some common traits among people that have been born, raised and educated in this country.

In parting, I’ll leave you with this quote from one famous Pole on Poland’s greatest piece of literature.

“I am a Pole and nothing that is Polish is alien to me“.