6 Of The Best Barbershops In Warsaw 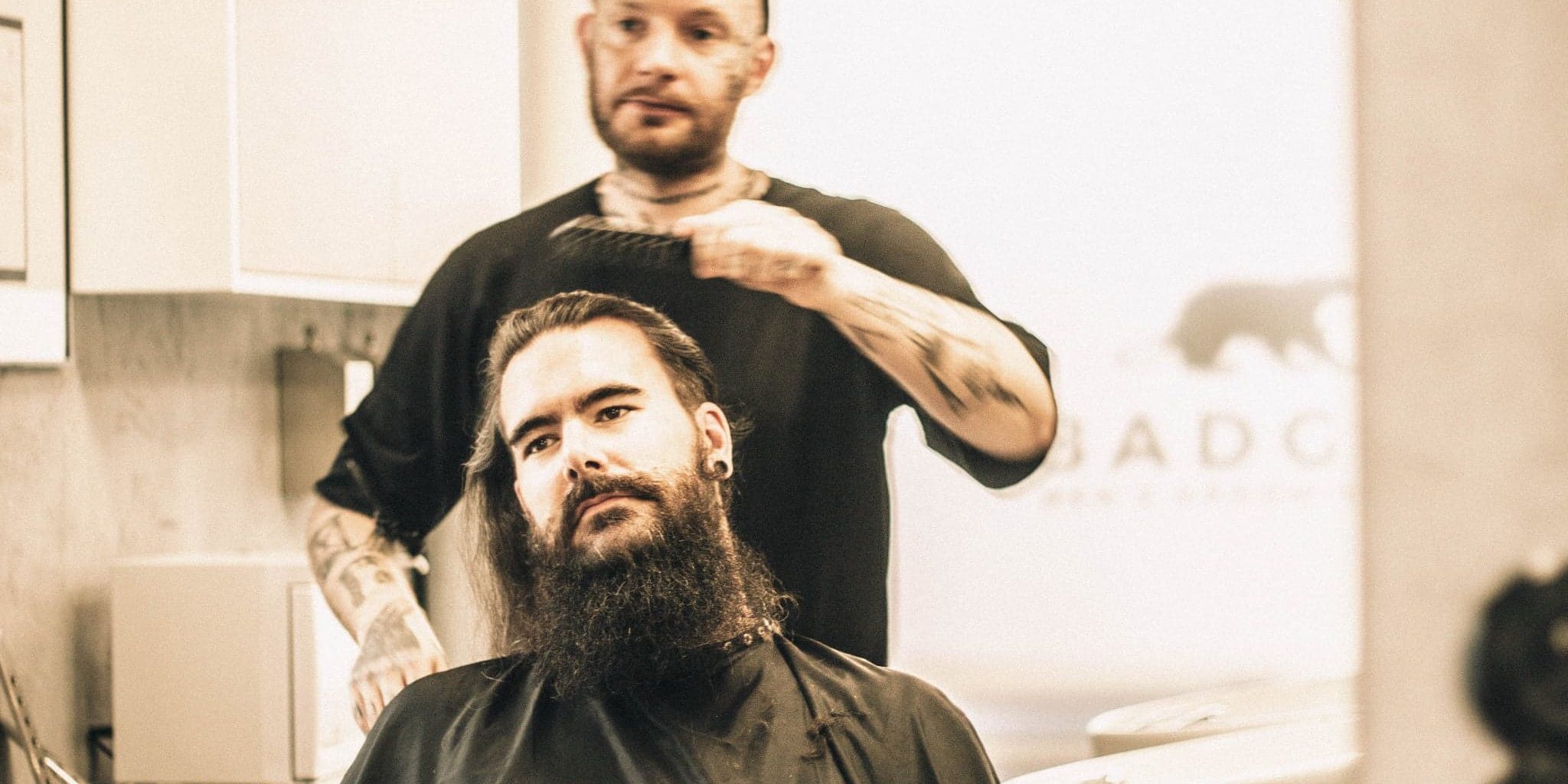 As a multicultural and modern city, Warsaw is home to a lot of luxuries that, 20 years ago, would not have existed in Poland at all.

One of those luxuries is the high-end barbershop that provides its clients with, not only a hair cut but an entire experience.

Free drinks, massages, manicures – more and more services are being added to give men more than just a fresh cut.

And while many guys laugh at these extra services, the truth is that they are part of the overall experience of getting yourself trimmed, looking good, and feeling even better.

As a guy that’s been called a hipster many a time over (oww my feelings) due to my rather prevalent beard, I’ve visited many of these barbershops in my 5 or so years living in Warsaw. While I wouldn’t call myself a barbershop aficionado by any stretch of the imagination, I know what a good haircut feels like, and I also know what I like.

These are some of the best places I’ve been to, to get a trim and a tidy:

St Patron and it’s owner, Pascal, take the number one spot in the list for a wide number of reasons. The St Patron shop is a fantastic space to be in. It’s clean but not sterile. Warm but not overwhelming. Minimalist but not bare.

Secondly, Pascal and his colleague Milena are some of the nicest people to chat to while you’re getting cleaned up. Many of my friends travel over to Praga regularly to have their beard and hair trimmed because it’s just such a pleasant experience.

Lastly, but most importantly, the service that both Pascal and Milena provide is second to none. Not only does Pascal do a standout job with my (erratic, at best) beard, but I always leave with a haircut that looks good 3 and 4 weeks later.

Many barbers I’ve been to and the haircut looks great for the next 5 days, and a week later it can’t be tamed. That’s not the case when Pascal works his magic.

Bonus points to St Patron for the face, chest and shoulder massage that leaves me feeling a million bucks.

I first had my beard trimmed at Barbarian many years ago by Jake, a British traveller who was calling Warsaw home. He did a fantastic job, and my beard was the best it had looked in a while. I first learned about Barbarian from Bemeoth frontman, Adam ‘Nergal’ Darski, who is a co-owner of the franchise.

Niech to wielkie wyhamowanie świata, życia będzie początkiem czegoś dobrego, co nas wszystkich czeka. Jesteśmy dla Was od 5,5 roku, bo kochamy to rzemiosło i to, że codziennie poprawiamy Wam samopoczucie. I jesteśmy, będziemy dla Was dalej! Silni i zmotywowani. Niebawem wszyscy wrócimy i obiecujemy – będziemy jeszcze lepsi dla Was! Dobrego czasu! ———— Let this slowdown of life and world will be the beginning of something good for all of us. We are for you for 5years and half coz we love this craft and making you feel better. We will be back soon and will bring that game to another level! Motivated and strong! In the meantime , enjoy your time Folks!

At first glance, U Fryzjerów is a women’s hairdresser. And it predominantly is. But, with almost half of their clients being men, the staff there also know how to work on men’s hair, no matter the style. U Fryzjerów trimmed my long hair (when I had it) and were the only people I trusted to make it look good, clean and manageable.

Their location has changed (and doubled!) since I was visiting them, and they’re now located on Mokotowska and Andersa. If you’re not a fan of those manly manly barbershops, then give U Fryzjerów a try!

Ferajna was my go-to barbershop for the first few years that I lived here, as I knew some of the people that worked there personally. Back then, the shop was located on Nowolipki, but now it’s situated on Andersa.

My biggest frustration with Ferajna was the fact that getting the same barber twice was difficult, as they didn’t have any form of reservation system until recently. To get an appointment, you’d have to go there as early as possible, get your named marked on a board and either wait or come back at an approximate time.

That’s since changed now, and you can book online. The place is much bigger than a lot of barbershops in Warsaw and has arcade games and a fantastic sculpture of a Polish Eagle. At times doubles as a pretty cool party spot when the owners decide to put something on!

The place is much bigger than a lot of barbershops in Warsaw, and at times doubles as a pretty cool party spot when the owners decide to put something on.

The Hermit Barber Shop located on Plac Bankowe is a small, high-end barbershop in Warsaw. It’s located in a little alleyway, with a boutique men’s wear store on one side and classy Italian restaurant on the other. Don’t let that fool you, though, the barbershop and service there is fantastic.

The Hermit Barber Shop is also attached to a hairdresser, the female equivalent. It’s here that I first tried Polish whiskey, and was utterly blown away with how good it is. 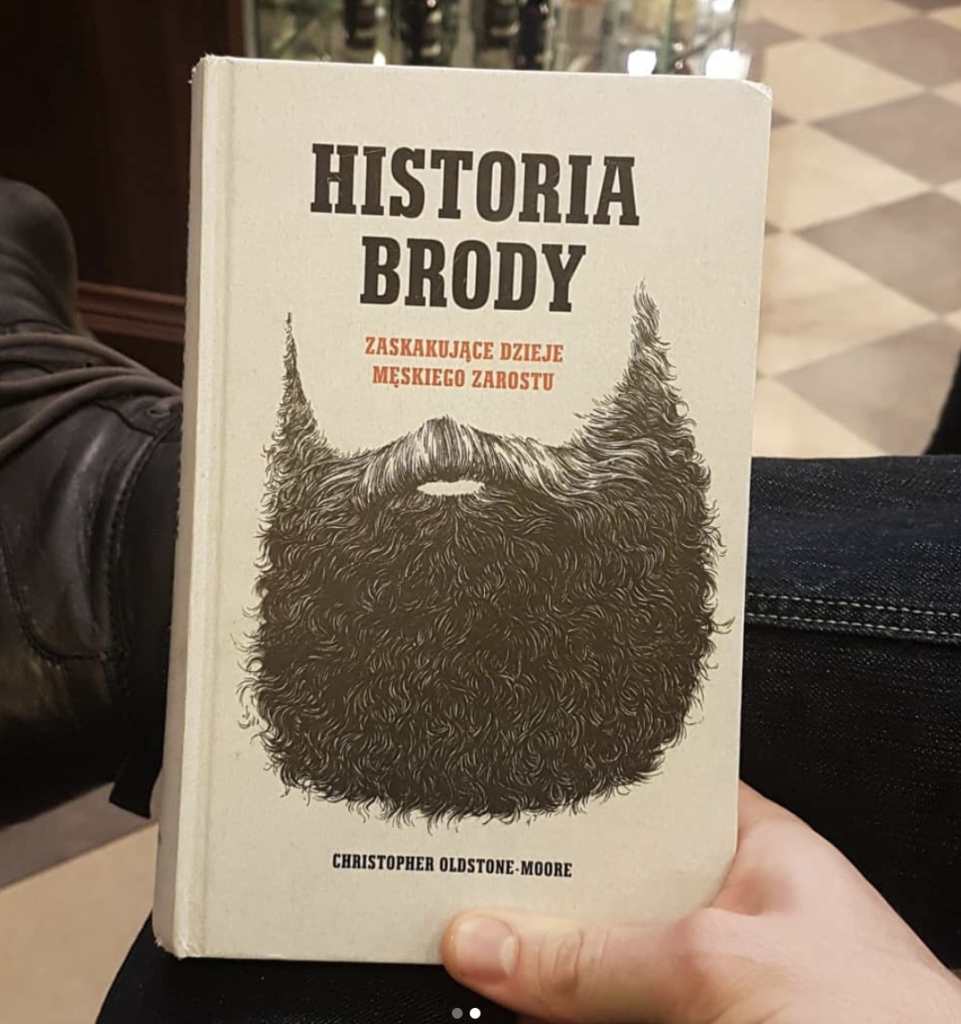 I first came across The Urban Beard as it’s also a fashion brand. It’s still one of the few places in Poland where I can buy t-shirts that fit me around the shoulders but are also long enough around the waist.

Anyway, the few times that I had my beard trimmed there, it was pretty damn good. While communication in English was a bit of a struggle, I did manage to get my beard trimmed well and was very happy with the new beard oil that I left with.

The place is located very centrally and is easy to get to. It’s a nice open space that’s never too busy, and has some pretty darn fine coffee, also.

Book an appointment at The Urban Beard here using Booksy

What are your favourite barbers in Warsaw?

As a guy that’s been to many a barber in Warsaw, these are some of my favourites, but the list is by no means exhaustive.

There are plenty more barbershops out there that offer different things. Some are quick and cheap for that date you forgot you had, others offer an all encompassing experience that leave you feeling utterly sublime.

What are some of your favourite barbershops in Warsaw?

Let me know in the comments!