Polish Women – How Polish Girls Have Shaped Their Beautiful Country

Polish women and Polish girls are at the forefront of a cultural change in their country.

While benefitting from a shrinking gender pay gap, they’re still facing less access to abortion, more bureaucracy around birth control and struggling to have domestic abuse and rape by known perpetrators recognised in courts.

Women in Poland are fiercely loyal, yet not wanting to be constrained by traditional values. They are independent, smart, down to earth, and beautiful in every sense of the word.

This article is not written about how to pick up, date, bang or marry Polish girls. If it’s your genitals that directed you here, you’ll be sorely disappointed.

I’m not personally comfortable with painting every woman in a country with the same brush. Every human has different characteristics and doesn’t necessarily live up to pre-conceived stereotypes. Obviously.

So rather than comparing Australian women to their Polish counterparts, I thought I’d dedicate this blog to sharing what I do know about Polish kobiety – the battles they constantly fight, females Poles through history and how they’ve changed the country.

And for those of you wondering:

Female Poles and Poles, in general, are sculpting themselves a new society. But the ladies of this land, in particular, find themselves at a crossroad.

3 times since 1989, has the Polish Prime Minister been female. Significantly better than Australia’s tally of female Prime Ministers. One, in over 100 years.

But the most recent female PM, Beata Szydło, and her cabinet seem to have put women’s rights more toward the bottom of the ‘to-do’ list. 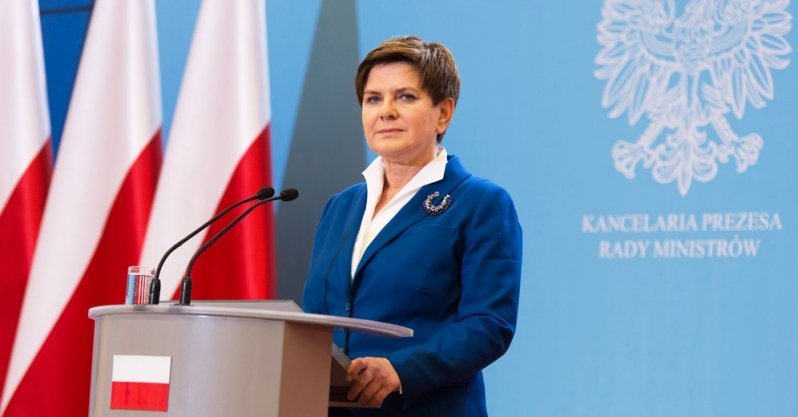 With traditional Polish values the Catholic Church being forced down their collective throat, many Polish girls I know in the form of English students, work colleagues and friends have felt their rights over their own body eroded away by politics seeping its way into their private life.

This image means a lot: 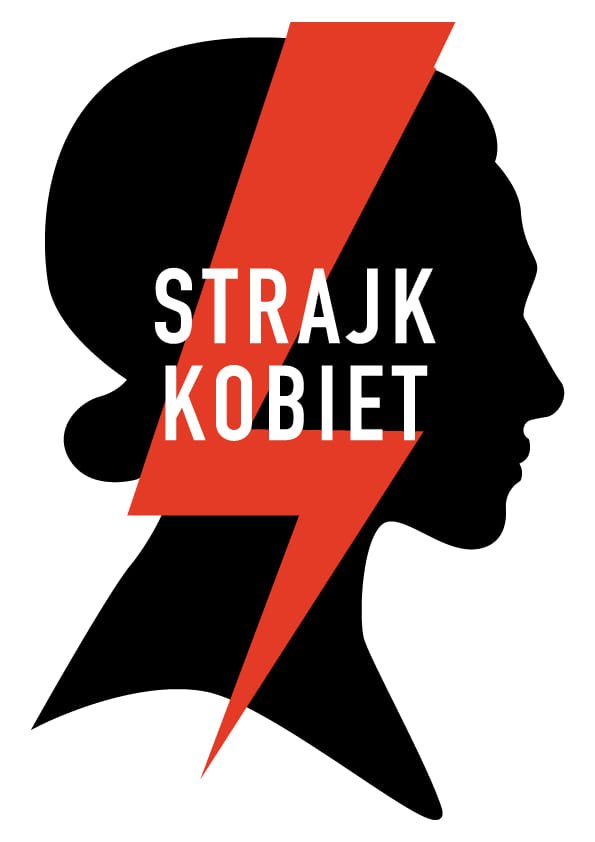 Here’s the tl;dr about what it means:

This image represents the Ogólnopolski Strajk Kobiet, or the ‘All-Poland Women’s Strike’, a women’s rights social movement in Poland, established in September 2016 which was set up to protest the Polish Government’s move to further reduce a woman’s access to abortion.

As of today, the foundation stands for the following:

Long story short, a very political movement in a part of life that politics (and religion) should stay out of.

With the current political climate briefly spoken about, it’s worth shedding some light on how progressive Poland has been towards its ladies in the past, too.

A little about Feminism in Poland

In the years before World War 2, a young author and translator by the name of Irena Krzywicka would meet and fall in love with fellow author, stage writer, poet, translator, and (believe it or not) gynecologist Tadeusz ‘Boy’ Żeleński.

In the subsequent years, they would work together from his Warsaw clinic, spreading their knowledge about sex education and birth control.

Right-wing supporters would often verbally slander her, claiming she was ‘harming the nation’ by talking about women’s sexuality, abortion, and homosexuality.

The beautiful and talented Irena Krzywicka.

Both Krzywicka and Boy heavily protest against the interference of the Catholic Church into the intimate lives of couples.

After World War 2, women in Poland were in many ways better off than women in Western Europe, the U.K, and the U.S.

Communism by definition promoted women’s emancipation from work and family.

Propaganda of that time promoted women and men as equals in factory work, agriculture, and politics.

Zofia Wasilkowska was a communist politician responsible for women’s affairs in Poland between 1948 and 1953. In 1956 she became the Minister for Justice making her the first female Minister of a government, anywhere in the world.

The rights of women in Poland

One woman who stood up for not only women’s political rights, but also women’s sexuality in communist Poland was Michalina Wisłocka.

A gynecologist, author, and sexologist, Wislocka wrote the first guide to sexual life under Communism, titled Sztuka Kochania. Her publication became a best seller and started to ease the ‘taboo’ around sex, sexual education, sexual identity, and sex life in Poland.

She co-founded a maternal society that went on to pioneer infertility, birth control and family planning in Poland.

My first trip to Eastern Europe was in 2007, and I spent a lot of time in Prague.

At the time, my girlfriend back then was part Irish.

Upon hearing about my travel plans, her Dubliner father said to me

‘Phil, Phil my boy, you’re going to discover the beauty of Slavic girls. And when ye do, you won’t be my daughter’s boyfriend fer much longer. And as a man that’s spent many teenage summers in the Ukraine, I understand why’.

I had no idea what he meant until arriving in Prague. On a balmy July afternoon, walking through the center of Prague I was utterly astounded at the sheer numbers of beautiful women.

Tall, petite, very feminine and very ‘casual’. It’s incredibly hard to not sound shallow , trying to find the relevant adjectives. Nevertheless, these observations followed through my brief visits to Krakow and Katowice, too.

In the west (and Australia) the image of the ‘Eastern European mailorder bride’ is well known. An incredibly beautiful woman, with zero personality.

Slavic women, well every single one I’ve met, has had more personality and attitude than just about any other Cockney Londoner, Bogan Australian or Prissy Californian I’ve met!

All except the babcias. They’re utterly savage when it comes to getting on and off the bus. Their little wózek na zakupy should be classed as a weapon. They most certainly do live up to the ‘tough granny’ stereotype. ZACZEKAJ, PROSZĘ 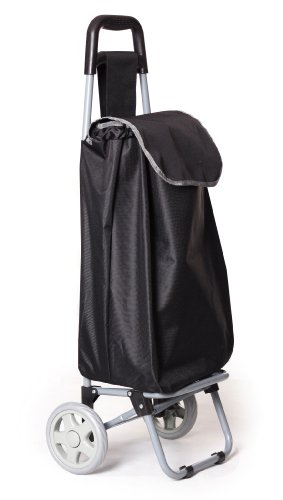 Nope, she’s not French, she’s Polish – and Poles love her just as much as she loved Polonium.

How’s that for a career of accomplishment and recognition! 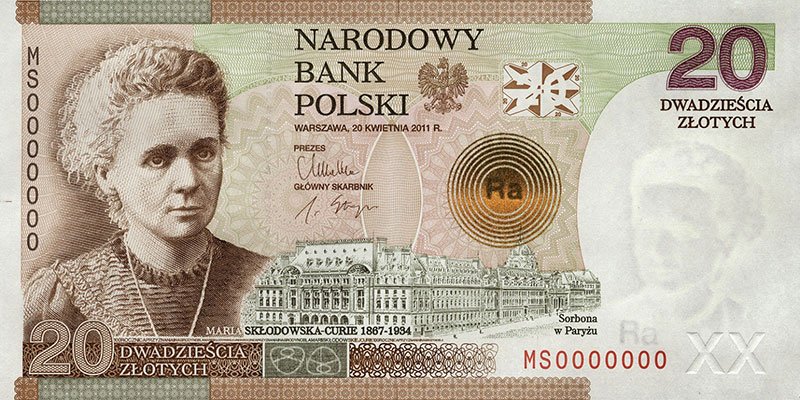 The beloved Marie Skłodowska on the 20 złoty note. source

Even after becoming a French citizen, she never lost her Polish roots. She taught her kids Polish and regularly returned to Poland to visit.

Agnieszka Holland, a name you may not have heard of, but there’s every chance you’ve seen her work as she is a very prolific director.

Holland got her break in the international film community after the release of her 1990 film Europa Europa and later with 2011’s In Darkness.

As well as that, her latest work, Spoor (Pokot, in Polish) was incredibly well received and won an award at the Berlin Film Festival. She has also directed episodes of Cold Case and House of Cards.

She will also be directing Poland’s first Netflix series.

Not only was GoldenEye the best Bond film ever, Natalya Simonova was probably my favorite Bond girl.

Famke Janssen went on to be the lustful killer, but the Natalya the scientist was the one for me.

Other well-known lady Poles that must be mentioned:

While I did start this article saying not all women are the same, there are a few things I’ve found a lot of Polski kobiety have in common. 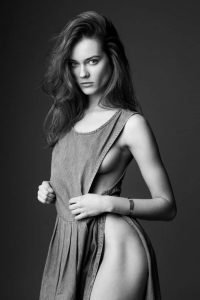 So there you have it!

What are some other fantastic traits that make Polish ladies unique? Let me know in the comments!