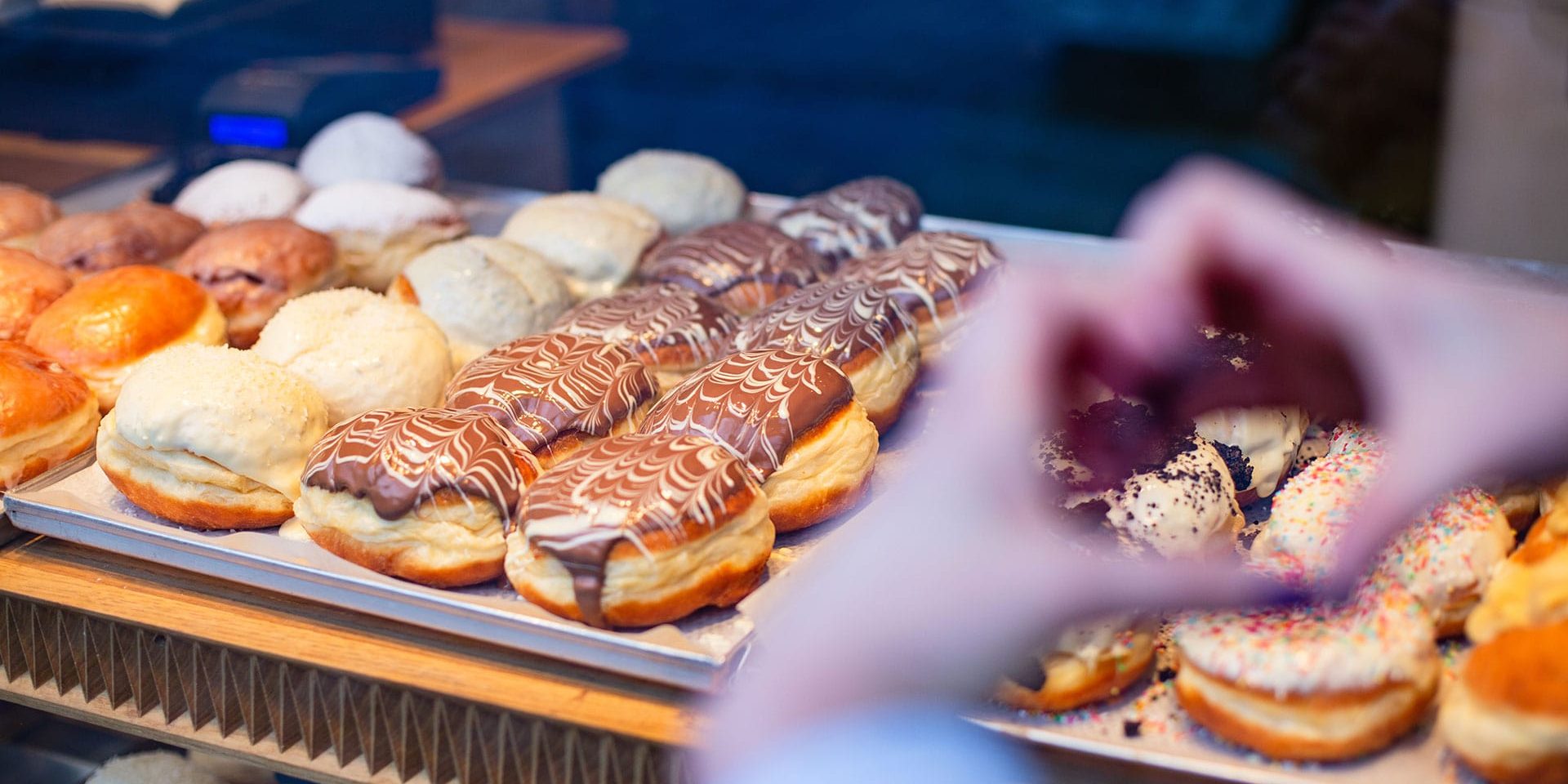 Poland is a country with many important cultural traditions. One of those is Fat Thursday (also known as tlusty czwartek), a day where Poles celebrate the beginning of Lent by eating as many sugary doughnuts for good luck.
Poles celebrate this day with lots of fatty and sugary sweets, and many big businesses spend several months preparing for the demand!
Every Polish person (and anyone around a Polish person!) is almost pressured into eating at least one paczek on the day, and there are many varieties to choose from.
And while that’s true, Fat Thursday or tłusty czwartek in Polish is a big part of Polish culture and, of course, is rooted in Catholic tradition. 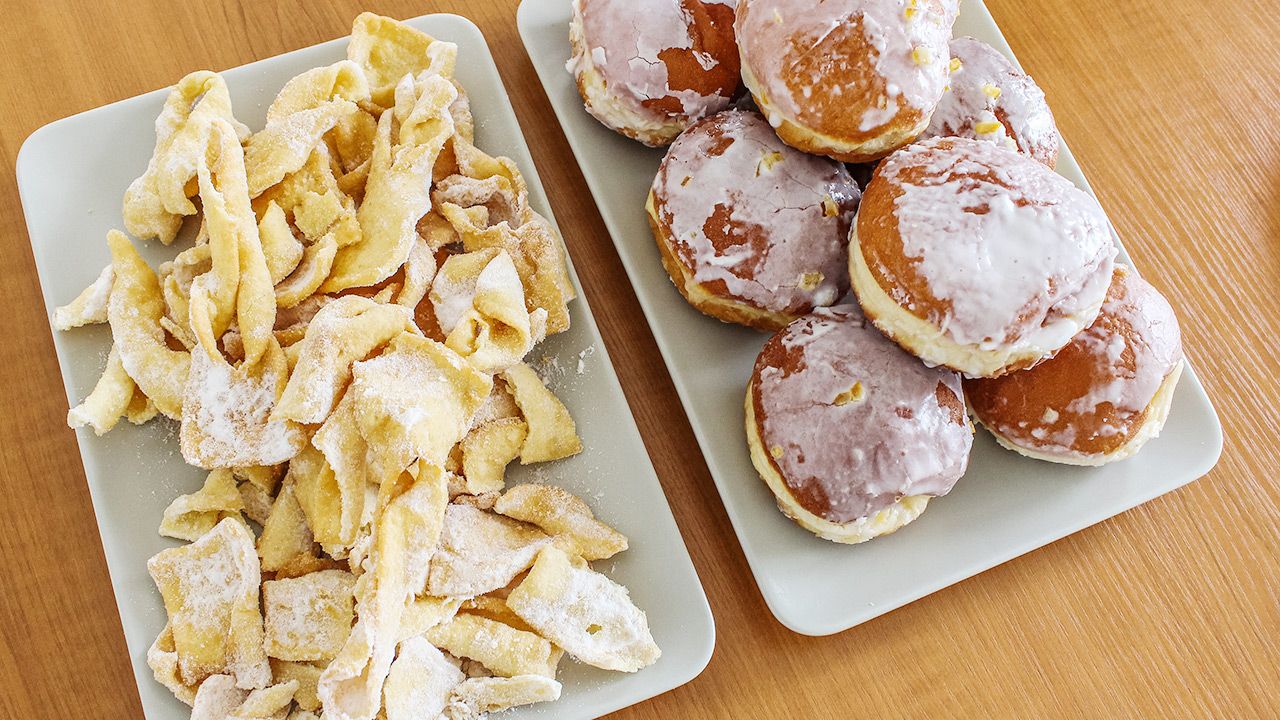 But why is it called ‘Fat’ Thursday if the treats are really sugary?
What does killing a musician have to do with the day?
In this article, we’ll go into all those interesting parts of Polish history and customs!

The Thursday is traditionally the 2nd day of lent and marks the beginning of the last week of Carnival.
In Poland and in the Catholic part of Germany, according to tradition, overeating is allowed and actually encouraged on this day. The national holidays’ exact date changes every year because it depends on the Christian calendar and the dates of Lent and Easter.
The following Thursday is the Thursday after Ash Wednesday and belongs to the period of Lent, during which Christians, for religious reasons, should abstain from alcohol and meat and other foods as preparation for Easter. 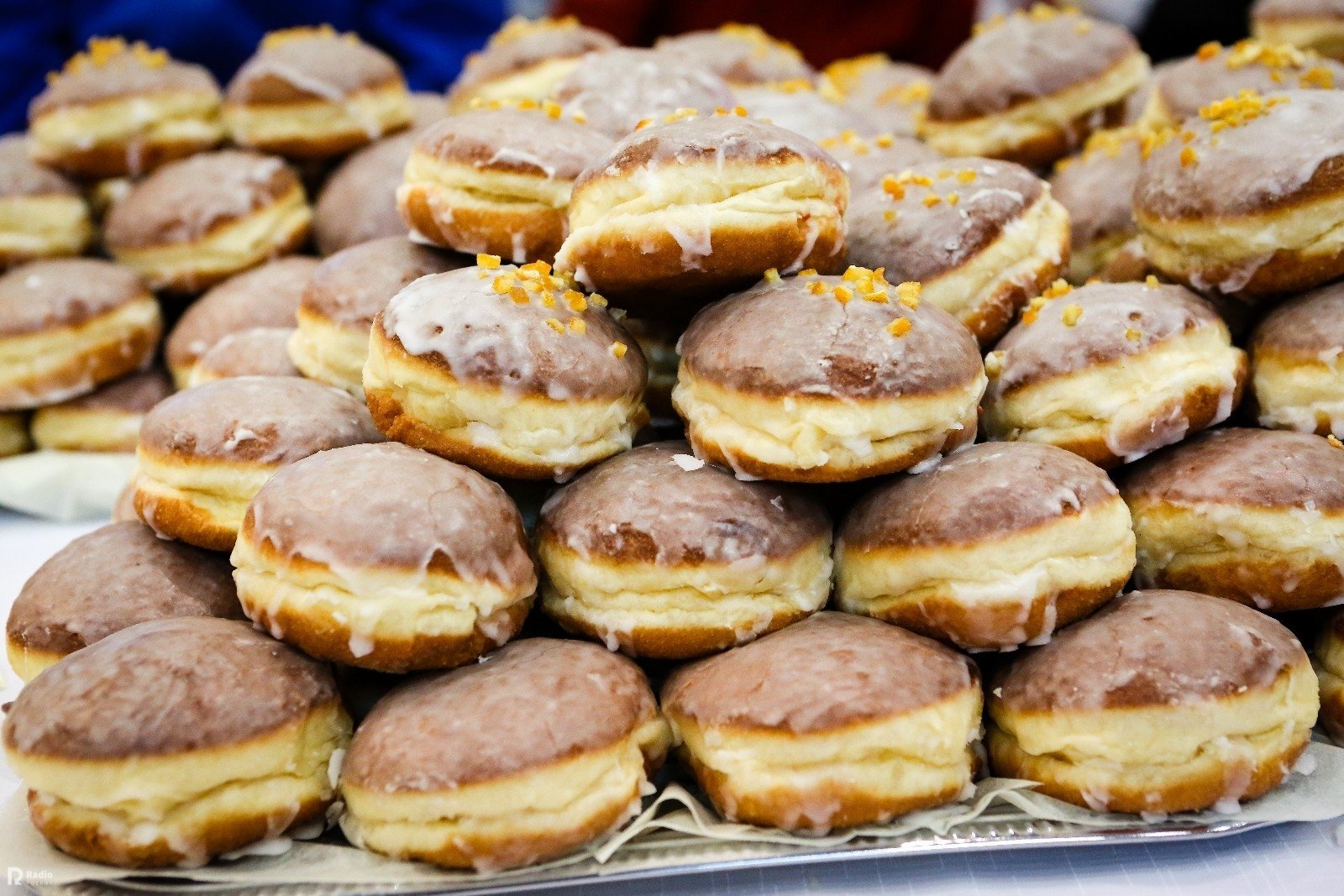 Fat Thursday can fall any day of the year between 29 January and 4 March.

The most popular foods are obviously doughnuts. In Polish, they’re called paczki (pronounced ponch-kee).
Sometimes sprinkled with powdered sugar, sometimes glazed with sugar, but always with a sweet kind of filling.
They’re filled with rose jam traditionally, but in modern times, flavours like caramel, Nutella and other ‘modern’ delicacies have crept in.  In the past, they stuffed with pork fat, bacon and meat were eaten and lavishly drunk with the best Polish vodka.
But there are other foods associated with this day dedicated to the beginning of lent. 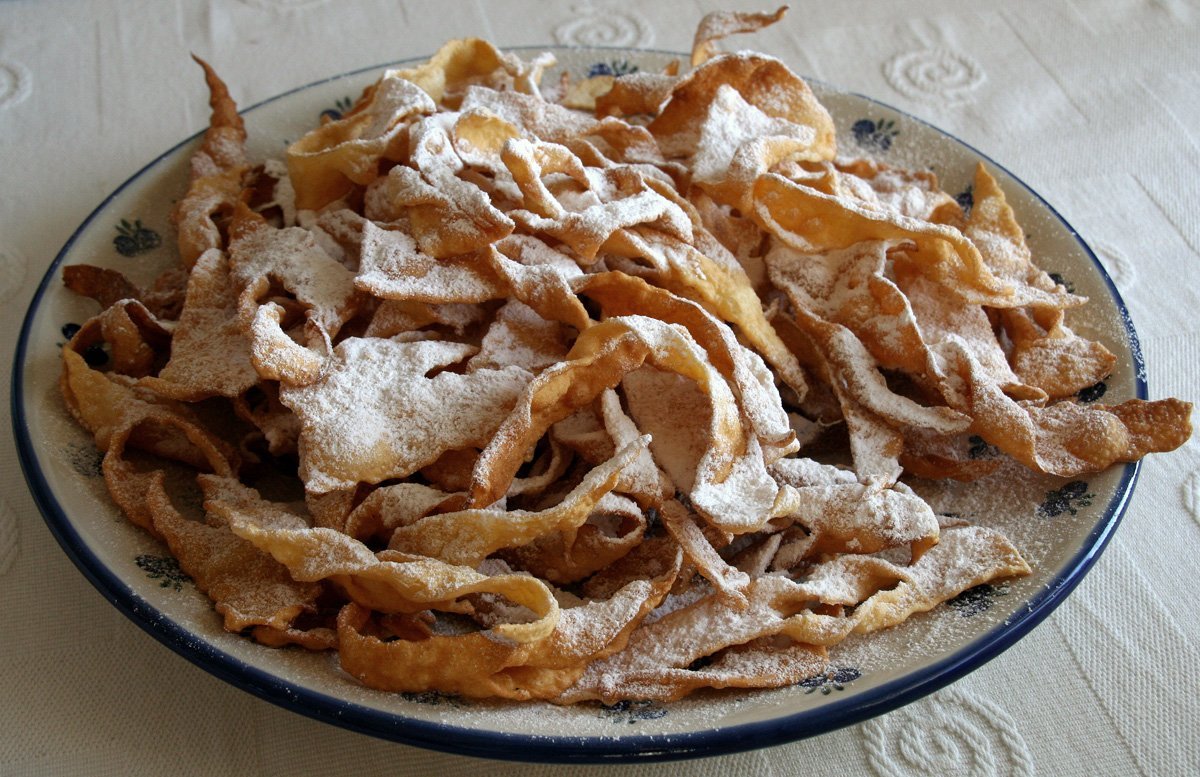 Faworki, also known as angel wings, chrust or chruściki in some regions are twisted ribbon shapes made of pastry and dusted with powdered sugar. These little crisps are less popular but are said to bring good luck.

The Romans celebrated their fat day to mark the end of winter and the imminent arrival of spring. The custom, however, is much older. The first references come from ancient scholars who described the customs and mores of the pagan tribes of today’s Europe.
Back then, the feast of fatty food was celebrated on the day when the first signs of the coming spring appeared. Barrels of wine were rolled out, the fattest animals were slaughtered and pies were baked. These were not, of course, the doughnuts we know today. The bread dough cakes of the time were filled with fatty pork fat, meat and herbs.
The custom quickly spread. 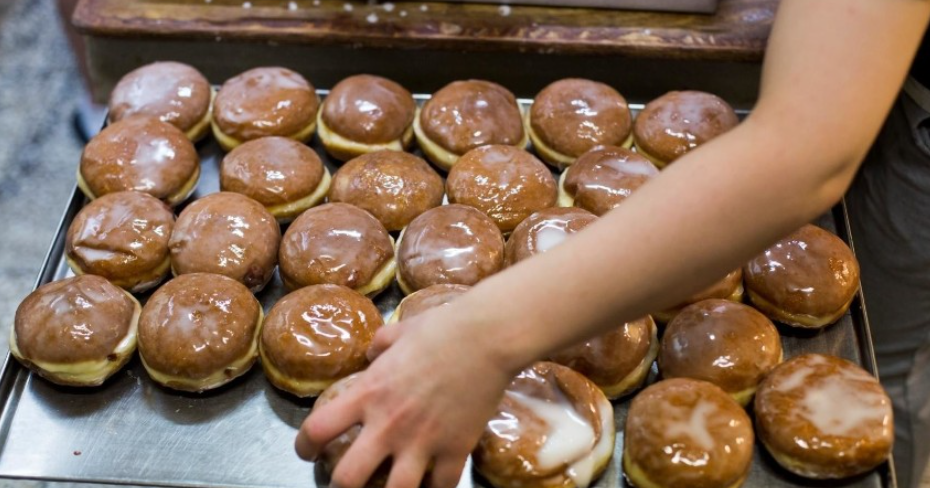 Obviously, any celebration that allows you to eat and drink in excess for some reason has the overwhelming support of all involved.
Fat in any form is known for having taste and being very satisfying.
So in times when food was hard to come by, fat was considered a symbol of prosperity. As a result, women with rounder shapes were believed to be from a richer family that had good access to fatty foods.
As a result, they were seen as more physically attractive than skinny women who again, at the time, were more often associated with malnutrition.
Therefore the day when people (men and women) were encouraged to eat fatty foods quickly became synonymous with a day to also make yourself appear wealthier.

In Silesia, until recently, on Fat Thursday there used to be fancy dress parades going around the villages.
One of the participants was dressed as a bear, and it was with this bear that the locals were frightened and forced to treat the participants to sweet snacks.

Similar processions were also held in other parts of Poland, where, for example, a musician was killed to symbolise the beginning of the period of quiet before Easter.
Human sacrifice is frowned upon nowadays, but some Poles are disappointed that Pagan customs like some involving Easter have been brushed under the rug and all but forgotten about

Fat Thursday was celebrated in a specific way in the Lesser Poland (Małopolsce) region.
At the time, it was called ‘Comber Thursday’. According to legend, the name comes from the name of a Krakow mayor living in the 17th century named Comber (Not a Polish name, but more than likely German).
This guy was more than likely a fictional character, but he was known to be bad and harsh to women who had their stalls in the Krakow market.

A common plea of these women at the time was: “God is high and the king is far away, who will hide us from Combre?” (Pan Bóg wysoko a król daleko, ktoż nas zasłoni przed Combrem?). In the end, he died on the Thursday for, shall we say, ‘unknown reasons’.
On each anniversary of his death, the market women would hold a lavish party and dance. During the party, they would accost men who were passing by and force them to dance or to hand over their outer garments in exchange for damage caused by Comber.

Fat Thursday traditions around the world

It is not just Poles who indulge in such delicacies on Fat Thursday. Americans and the English Celebrate Pancake Tuesday, and other parts of Europe have food-based holidays that involve the beginning of spring and indulgence. In other words, Tłust czwartek is also observed in its own way in other countries.
What’s most interesting though is that a majority of these holidays all involve sweet foods!

On this day, patisseries, restaurants and bakeries are often packed from sunrise to sunset.

Scandinavians celebrate the end of winter and gorge themselves on sweet kanelbullar buns. These are cinnamon buns filled with chocolate and served with whipped cream. Also popular are the spring rolls called semla or fastelavnsboller. These pastries are decorated with icing and topped with pudding and whipped cream.

Italians traditionally serve sweet Castagnoli during the last Thursday before ash Wednesday. These are round baked goods that are not unlike doughnuts, but are hard and crumbly. They are filled with pudding, vanilla cream and even various liqueurs. 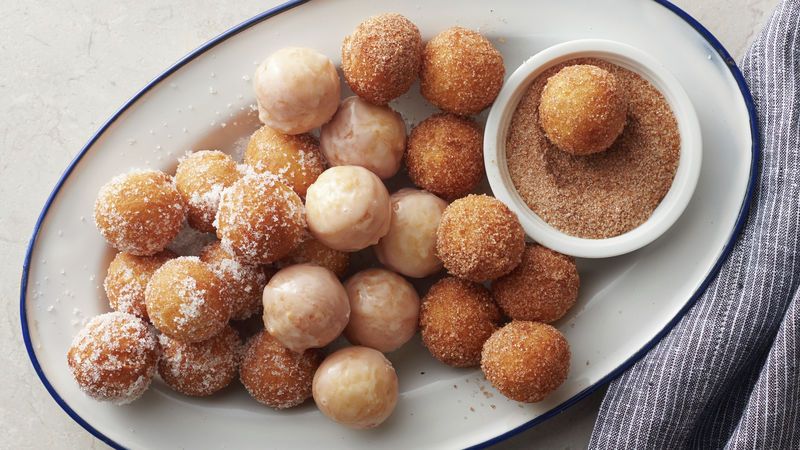 Italian Fat Thursday is celebrated at home with family and friends who all eat sugary food and drink alcohol and are guilt-free about it all.
Traditionally, the desserts are prepared by the women of the house. The Italians also have their own doughnuts called Zeppole which are filled with cream and jam. In the south of Italy, they bake another type called frittelle. It is a yeast dough filled with nuts and sultanas.

Churros are a popular Spanish food that has grown in notoriety the world over. These savoury star-shaped pastries are not sweet on their own, but are served topped with lots of caramel, chocolate and whipped cream.
Spaniards spend the evening with their families drinking fruity wine. 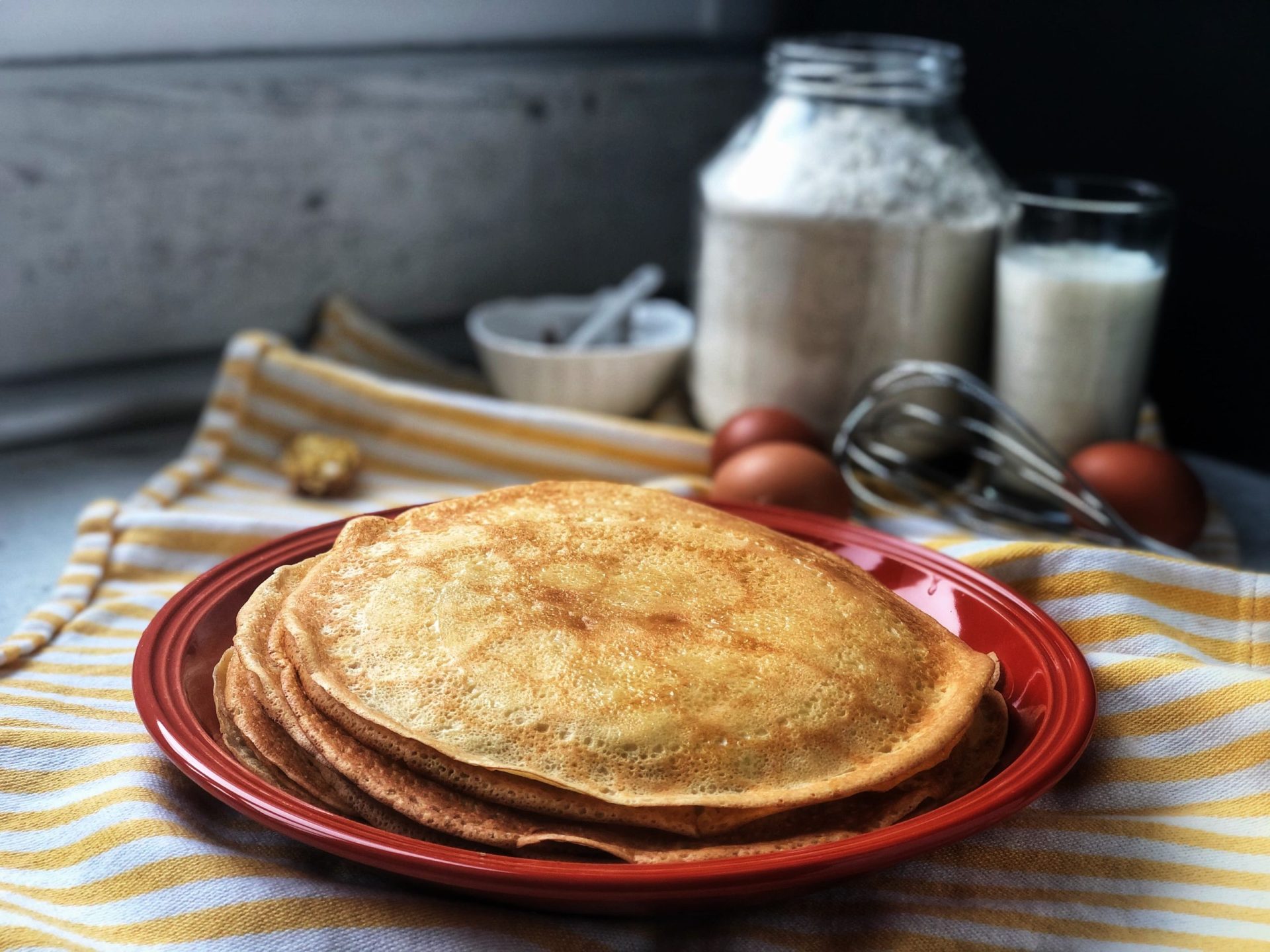 Polish dispora sees many people with Polish roots living abroad and creating families in other countries.

Chicago and New York are two of the most Polish cities in the US, with a large Polish community there. Of corse, these Poles, wanting to stay in touch with their roots and homeland, also celebrate Fat Thursday in a traditional Polish way.

A Detroit brewery has even released a pączki-flavoured Vodka: 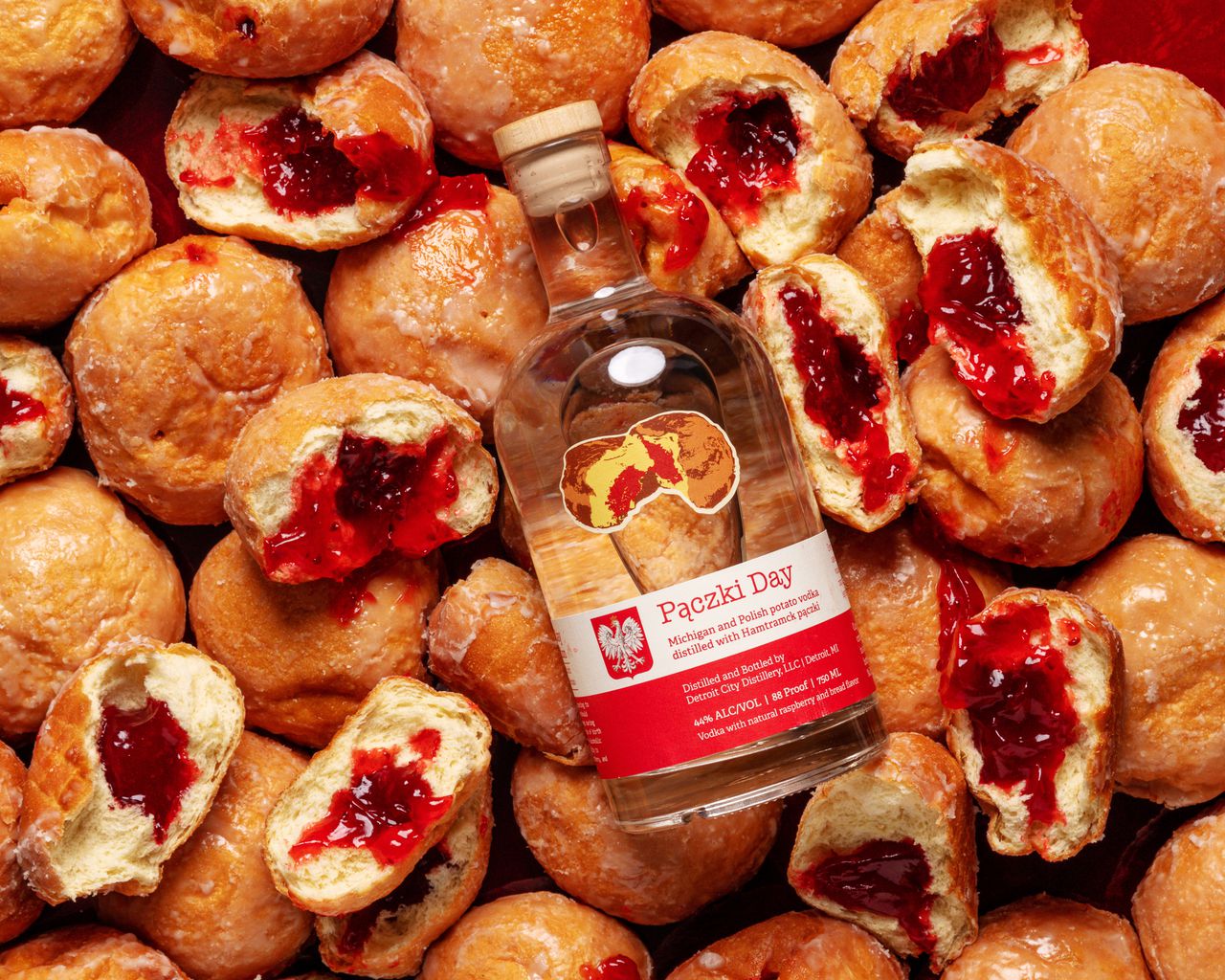 While the day is embraced by the Polish community, it’s hard for such a food to gain popularity in America’s world of fast-food and high-fructose corn syrup.

The day will continue to be celebrated by Polish communities all over the world, for all the right reasons – tradition!