The following is a guest post from Brittany at TravelxBritt

In today’s post, you will learn everything you need to know about Polish bands from genres like Metal, Rock and Pop.

To stay safe, we’re going to save the magical world of Disco Polo for another day, as that requires it’s own entire article!

So if you’re not sure how to find the best new music, especially from Poland, I’m going to show you exactly that.

I’m going to show you the best Polish musicians at the moment and a few from yesteryear. You’ll find links to the band’s Spotify profiles (if available), as well as a few YouTube videos here and there.

To sum it up: If you like Polish music and want to know who you should be listening to right now, then you’ll love this post.

With a country so big, you can’t deny the locals love indulging in a good tune.

There is a huge music scene in Poland, and this isn’t a new trend either.

So how did Polish music begin?

The history and growth of traditional Polish music go all the way back to the 10th century to Poland’s baptism, as well as traditional Slavic folk music – another topic that requires it’s own article!

After religious hymns and traditional folk songs, classical composers were also popular centuries ago, particularly during the romantic era. The most famous composers to note are Fryderyk Chopin and the first widely-accepted female composer, Maria Szymanowska.

Fast-forwarding into the modern era, there are two important dates to mention: the end of communism that occurred in 1989 and the entrance of the European Union in 2004.

After the fall of communism, the domestic market for Polish musicians truly flourished. Even though other western music was accessible, local music was the one that truly shined.

Ironically enough, while global record sales started to fall in 2004, the Polish music industry enjoyed rising record sales until 2012. Many people credit this to Poland trying to catch up for lost time.

Now fast forward to 2020, there is no denying that Poland is proudly home to different kinds of music.

The most popular types of Polish bands we will be discussing are Polish metal bands, Polish rock bands, and Polish pop music.

Behemoth are the go-to Polish black metal band, having been around since 1991.

With roots from the Polish city of Gdansk, they originally started as a trio and have made music waves internationally. The band, whose motifs largely focus on satan and are anti-religious, regularly come under fire by hardcore Catholics.

This attention isn’t helped by the fact that the band regularly uses the Polish flag and the Polish Eagle in a lot of it’s ‘controversial’ promotional material. 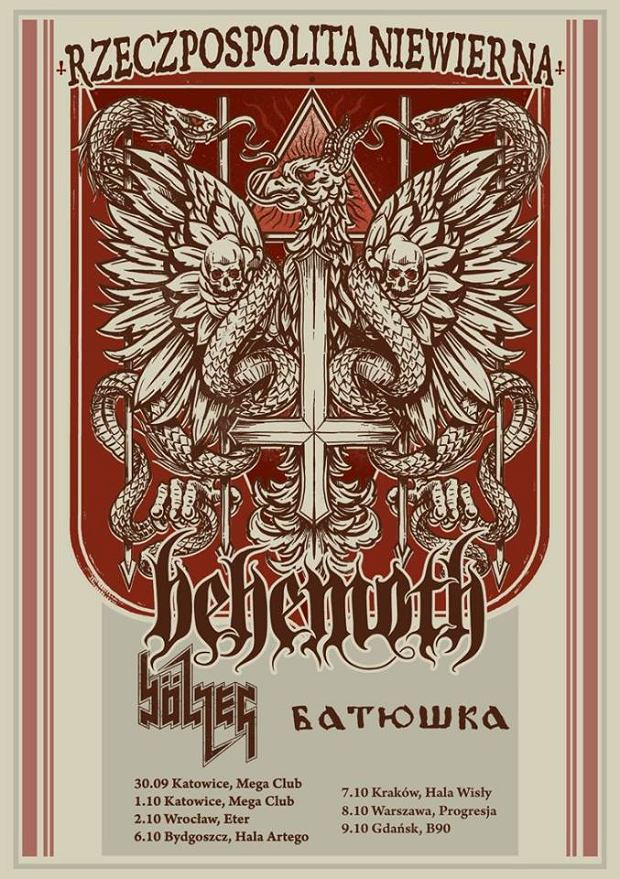 Behemoth also had a vital role in developing Poland’s metal scene along with other bands on this list such as Vader, Decapitated, and Hate.

The band has 11 albums to date and has found international success by touring in other countries. In 2001 the group completed their second tour where they headlined in Russia, Ukraine, and Belarus.

By 2003, the group continued to have even more international success and toured Norway and America for the first time.

Vader started in 1983 in Olsztyn by band leader Peter “Piotr” Wiwczarek. The band is one of the oldest of Polish metal.

Originally the group had a heavy/speed metal sound before evolving into death metal. There was a slow and sporadic growth in the beginning until 1989 where band members changed.

As a result, the group records the demo “Morbid Reich.” It gets released by Carnage Records and becomes the biggest breakthrough for the band. 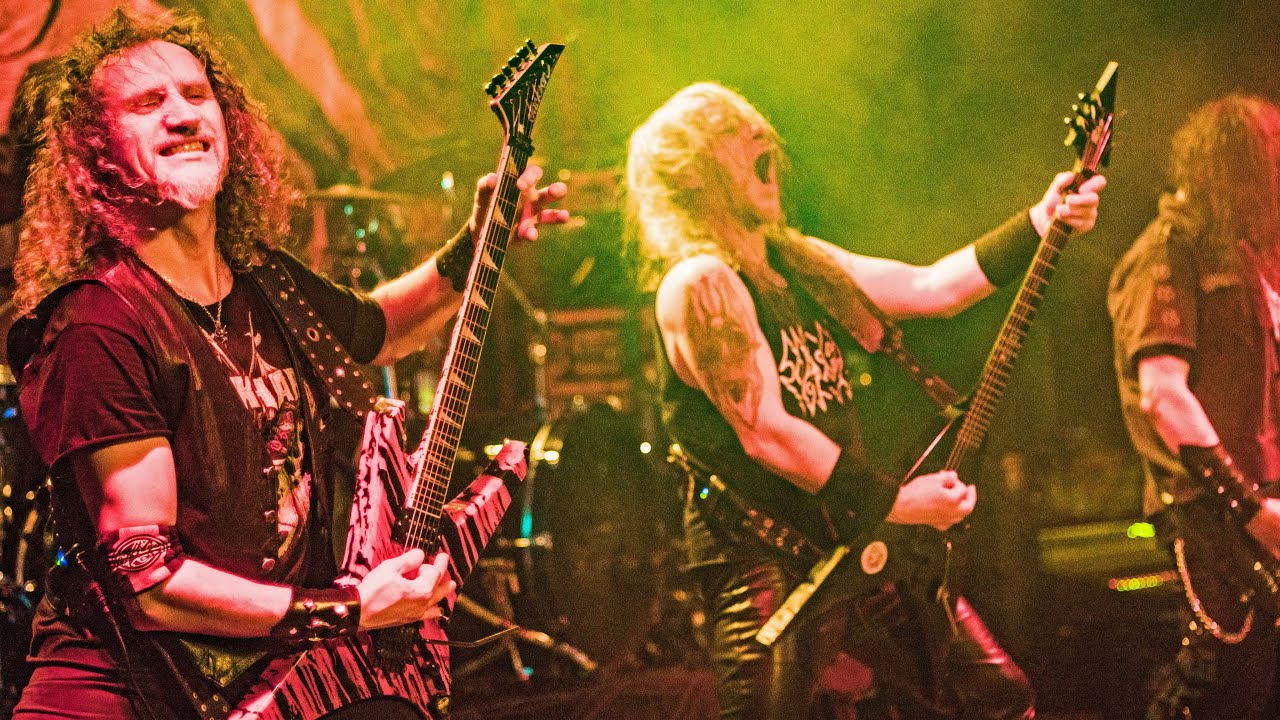 Not just for them, but death metal worldwide. Morbid Reich is known to be the best selling demo in the international history of Death metal.

Hunter is a classic Polish band that has been around since 1985 and was founded in Szczytno.

The musicians of Hunter identify the group’s music as “soul metal.” Previously, the band used to look at Metallica as a former thrash style music influence.

The influence was so heavy that the band was known as “Polish Metallica” for some time. One of their first debut album launched in December 1995 with the name of “Requiem.”

The band has seen a lot of success by having records (“Królestwo” and “Imperium”) become gold and holding their # 1 spot on the polish nationwide sales list.

Acid Drinkers are known as one of the best live Polish metal performers. The thrash metal band was formed in 1986 and to date has played over 700 shows abroad in Poland.

Not only are they professional performers, but they have also won a lot of awards such as Best Rock band of the year and a Fryderyk which is the American equivalent of a Grammy. 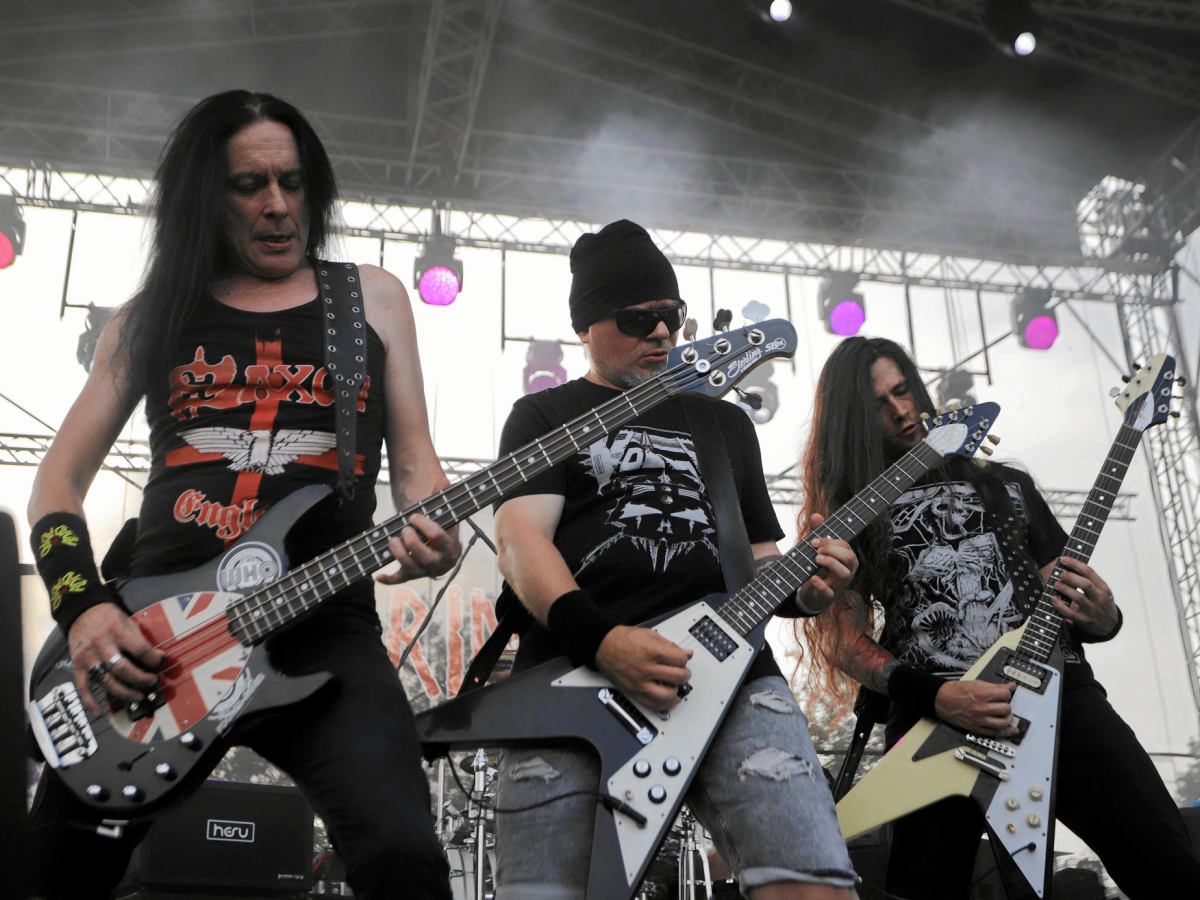 Between the years of 1996 – 2003, the group also managed to headline 7 shows and reached a massive audience of a million people.

The band is known and loved by Polish journalists, Polish magazines, and of course, Polish fans!

Last on the Polish metal band list is Turbo, a band that has been around since the ’80s. It was started by Henryk Tomczak, someone who was already in previous rock bands.

The first LP “Dorosłe Dzieci” was released in 1982 and the band sees some success. However, Turbo was infamous for changing band members all the time and struggle to meet demand.

In 1990 the band broke up for the first time and started an on and off trend. 2001 they create a new LP after 10 years of silence. Unfortunately, after 2004, the band starts to have issues again and eventually fizzle out.

As of late, more and more Polish metal bands such as Batushka, Mgła and Furia have been making waves in the international Metal scene.

To start things off, we have no other than the most classic Polish rock band, Budka Suflera. Budka Suflera in English means prompters box.

The band is over 50 years old, and they started in 1969. First, the bands sound started with progressive rock and then transitioned into soft rock.

The New York Times has even featured them and their debut NY performance in 1988 at the Beacon Theater. They have a lot of albums so definitely check them out; there’s more than enough options to browse around.

Lady Pank, a popular Polish rock band that got started in Warsaw in 1982. They have been in the music industry for over 39 years.

Lady Pank was formed by 2 group members, Andrzej Mogielnicki and Jan Borysewicz. MTV is considered to have given Lady Pank their international recognition in 1986.

The TV network put the music video “Minus Zero” in constant rotation, and the track was able to blossom with some attention globally. Since then, Lady Pank has grown tremendously, and some of their growth is dedicated to media coverage.

Dzem are Polish music pioneers and are doing something completely different within the rock music genre, blues rock.

The band has been around for the past 47 years, and they got started in 1973. Sad to say the band has gone through a lot in their personal and professional lives as they lost their pianist in 2005 due to a tragic car accident.

In addition, they have also undergone significant lineup changes throughout the years. The musical style varies from blues-rock, southern rock, and hard rock.

Kult has been a popular Polish rock band since 1982. The group was founded by Kazik Staszewski and have an extensive discography. Their first album was distributed in 1987 although the album was recorded in September 1986.

Maanam have been around since 1976. They’re a popular rock band that was formed by Milo Kurtis, Marek Jackowski, and Kora. The band was originally acoustic until 1980 when they became electrified.

In 1984, Manaam got a huge break when one of their first music videos, “Sie Ściemnia” became the first Polish music video to air on MTV internationally. To date, Maanam has recorded some of the most popular singles in Poland.

Blue cafe is a modern Polish pop band that was formed recently in 1998 in Łódż. The group has influences with soul, jazz, and Latin. They released 4 albums with their latest one, Four Seasons, in 2008. Award nominations have helped the group get extra attention. Past nominations include MTV Europe Awards, Eurovision song contest and more. Some of their most famous songs are “Love Song”, “Espanol”, and “You may be in love.”

In 2005 the group went through a member change when the lead singer was replaced.

Kombii originated from the previous group Kombi – yes, the band put an extra ‘i’ on the end of their name. They started in 2003 by 3 of the previous Kombi members, Jan Pluta, Waldemar Tkaczyk, and Grzegorz Skawinski.

The previous Kombi music group was classified as synth-pop, and although the new version of the band is similar, it definitely differentiates without the keyboardist. Over the past 17 years, fans have grown a new liking to this new pop Polish sound.

Doda whose real name is Dorota Rabczewska is a Polish singer and songwriter. She is mostly known for being one of the most successful Polish artists due to winning a good number of recognitions and awards. Doda is also known for being controversial because of her risky song titles, lyrics, and performances.

After winning Polish pop idol, Monika Brodka has proven she’s sticking around in the music scene. With more than 4 number one hits, she is one of the most popular Polish Pop artists. Due to her creative edge, her sound sets her apart from her other pop competitors.

Dawid Podsiadlo is a 27-year-old Polish singer-songwriter that met success in 2012 after winning the second round of X-Factor.

He won a cash prize and a record deal with Sony music. He debuted his album “Comfort and Happiness” in 2013. He is known to be the most popular Polish singer for the younger generation.

And there you have it, the complete guide on Polish bands and polish artists. I hope you take something with you to enjoy today.

Within this post of 15 artists, I’m sure there is something in here for you.

So now tell me, have you heard of any of these artists below? Will you be listening to any new artists you found? Let me know in the comments below!